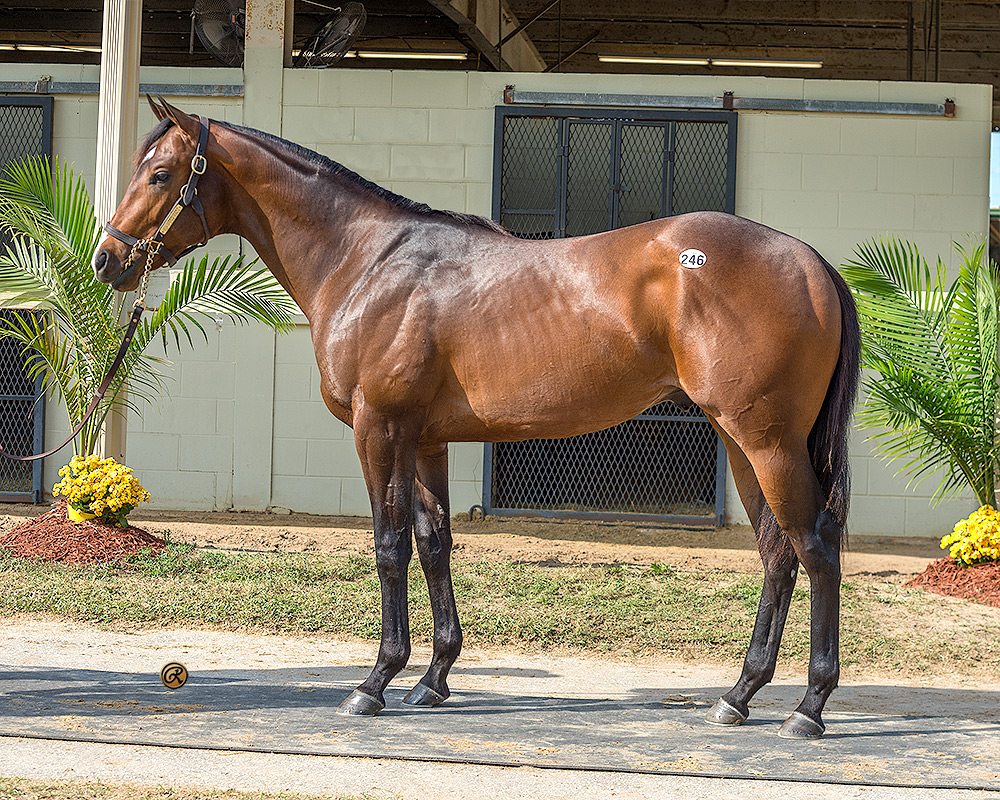 The West Point Thoroughbreds Saratoga Challenge is a head and head duel deep into the stretch for the prize of an ownership experience in Galway Empire, a 2-year-old Commissioner colt trained by Danny Gargan.

Tell me more about the prize!

Galway Empire is a 2-year-old New York-bred colt trained by Danny Gargan. He was purchased by West Point Thoroughbreds at the 2019 OBS March 2-Year-Olds in Training Sale and is expected to debut on the NYRA circuit. The 2017 Saratoga Challenge winner won an ownership experience in Empire Line, who is now a stakes winner.

The winner will not receive any bills associated with Galway Empire. Experience includes access to horse communications, paddock, backstretch and (hopefully) winner’s circle, invitations to partner events, plus one percent of net purse distributions by West Point Thoroughbreds during Galway Empire’s racing career.