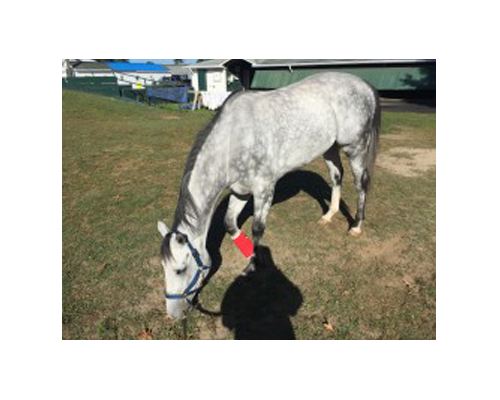 Grey Glory was claimed from West Point and St. Elias Stable in early 2016. We kept track of him throughout the rest of his career and were able to get him into an adoption program after he was injured in his last race. He was then adopted by a WPT Partner.