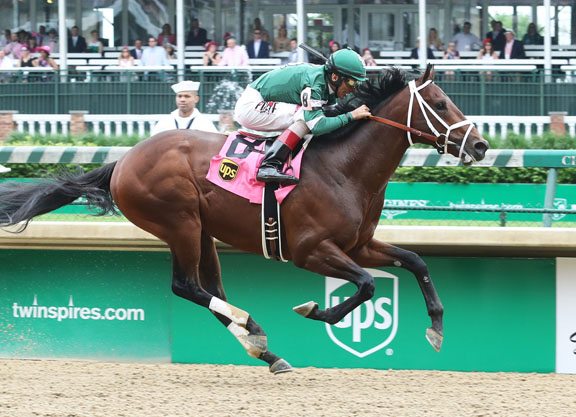 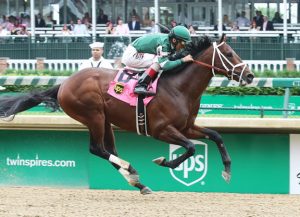 Trained by Todd Pletcher and ridden by John Velazquez, the son of Ghostzapper showed speed while four to five wide following a slow beginning. With a full head of steam, he took command on the turn and prevailed by just over two lengths.

There was a lot of buzz about the colt going into the race — he was the 0.9-1 favorite. Several of his Partners were at Churchill and Oaks day and celebrated in the winner’s circle.

What’s in a name? Vincent Viola of St. Elias Stable and West Point president Terry Finley are both graduates of the United States Military Academy at West Point. Bugle notes are a lengthy collection of traditions, songs, poems, anecdotes, and facts about the United States Military Academy, the army, the Old Corps, and the rivalry with Navy that all plebes must memorize during cadet basic training.

The colt was purchased from Gainesway at the 2016 Keeneland September Yearling Sale. 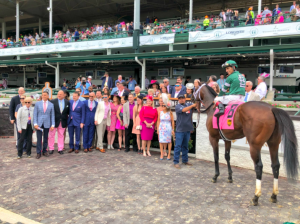