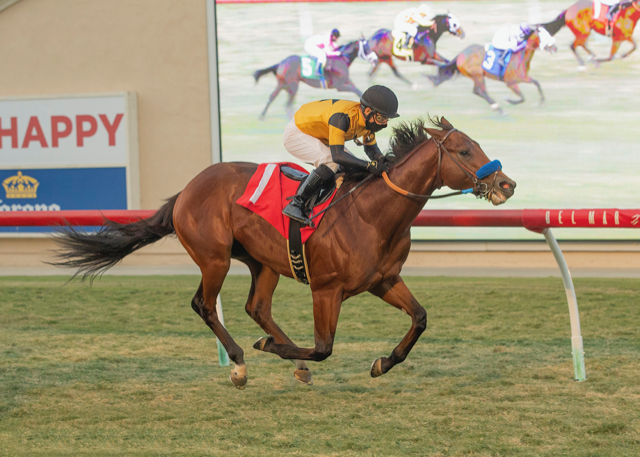 Crossword sped to a game victory Friday at Del Mar, relishing the switch from dirt to turf in his second career start.

The 2-year-old Cal-bred broke sharply from the rail post and took command under jockey Ricky Gonzalez in the 5-furlong dash, repelling a challenge turning for home and inching away to prevail by three-quarters of a length.

Crossword had struggled with a rough trip from the one-hole on the dirt at Santa Anita in his only other start.

Trainer John Sadler said, “His first race was such a head-scratcher that I knew we had to be patient and wait for a turf race this time. I shook my head when I saw we drew the one hole, but he rocketed out of there. I was a little surprised to see him on the lead, but he was just a pro.”

West Point and Hronis Racing Stable bought Crossword over the summer through agent David ingordo at the Fasig-Tipton Midlantic two-year-olds in training sale.