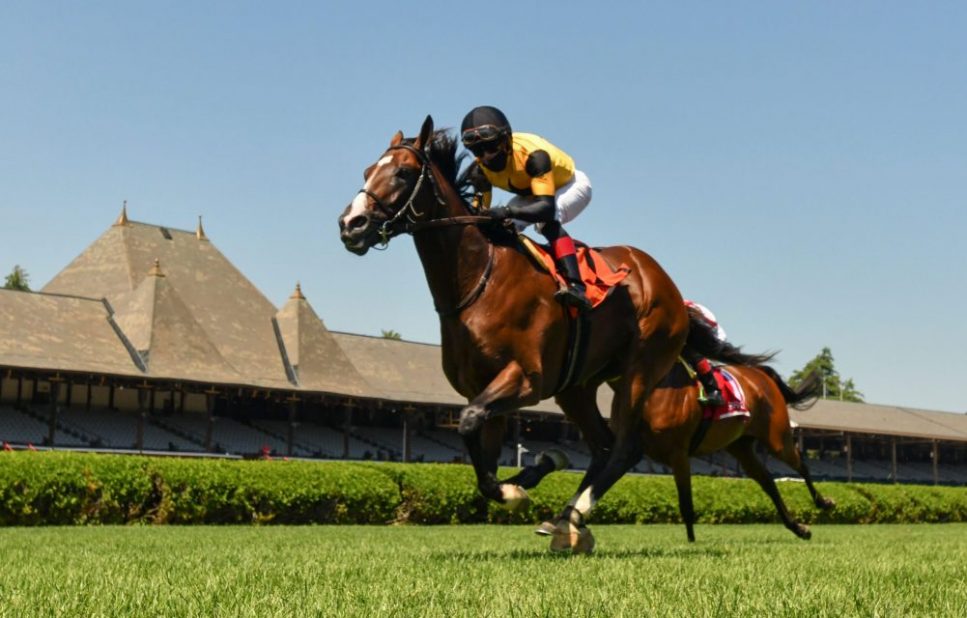 Decorated Invader continued to make his case for the top spot in the three-year-old turf division, staying perfect on the season with a determined victory in the Grade 2 National Museum of Racing and Hall of Fame Stakes at Saratoga.

The Grade 1-winning colt collared long-time pacemaker Get Smokin inside the final furlong and kicked away to prevail by a length and a quarter as the 2-to-5 favorite.

Decorated Invader was testing 9 furlongs for the first time in his career, which now stands at 5 wins in 7 starts. Joel Rosario guided him for trainer Christophe Clement, just like his two previous scores as a 3-year-old in the Cutler Bay Stakes at Gulfstream Park and the Grade 2 Pennine Ridge Stakes at Belmont Park.

Joel Rosario said, “The leader went out in the middle of the track and I let him go early and just settled our guy down the backside. He gave me a good kick when I set him down the leader was game but we always had his measure. The last sixteenth he gave me even more.”

Christophe Clement said, “He’s a top-class horse and has been since day One for me,” Clement said. “I love him. I love the way he trains. I love the way he races. It’s a different scenario every time we run him, but the final outcome is the same. I thought he looked better in the last sixteenth of a mile than he did before that. He actually won going away at the end.”

The $500,000 Saratoga Derby Invitational run on August 15 at Saratoga is a strong possibility for Decorated Invader’s next start. Other options to consider are the American Turf Stakes on Kentucky Derby day (September 5) at Churchill or the $750,00 Dueling Grounds Derby on September 10 at Kentucky Downs.