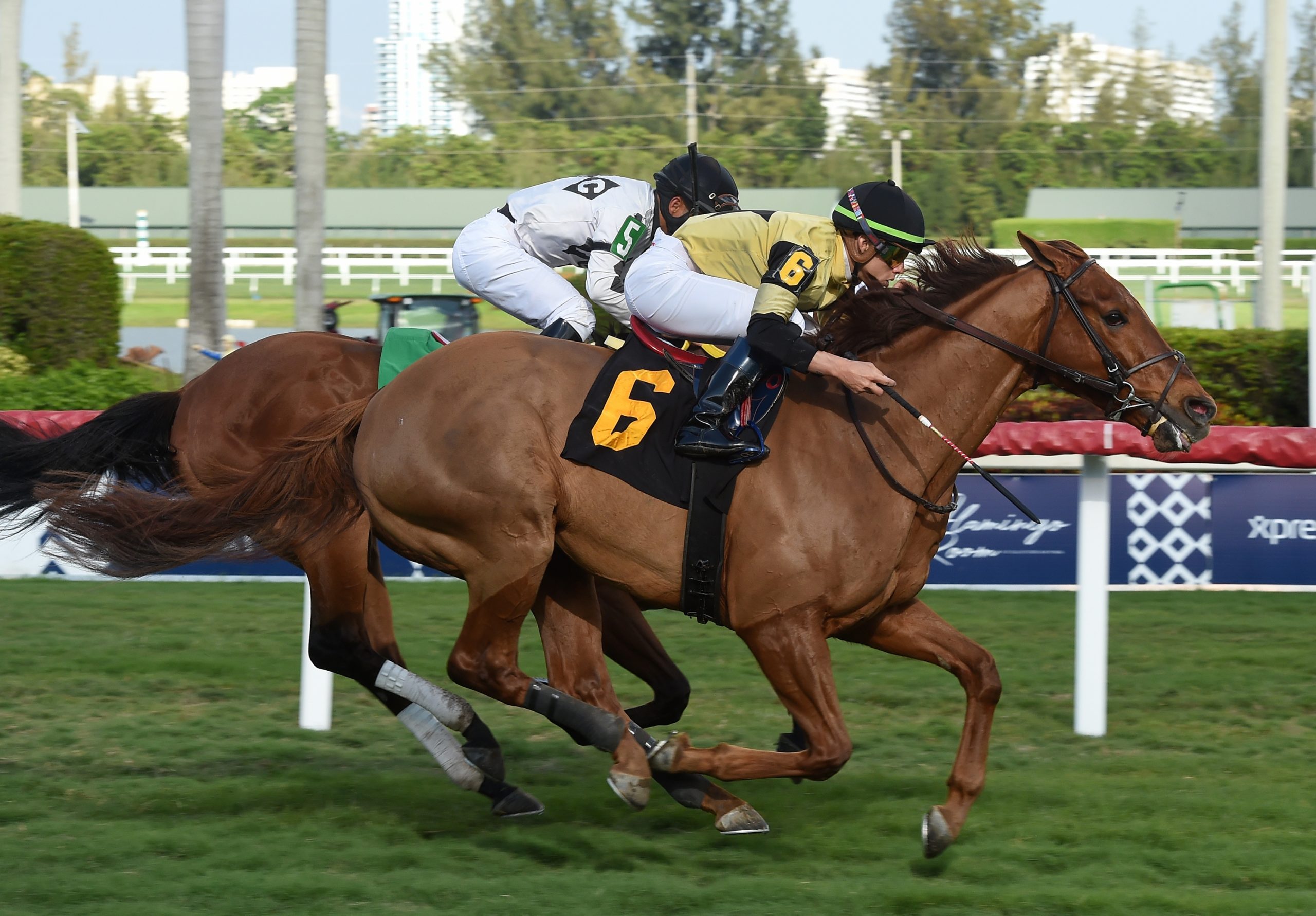 Devamani glides to victory in his first start of the year.

Devamani kicked off his five-year-old season with a perfectly timed rally under leading rider Irad Ortiz Jr. that vaulted them to the Gulfstream Park winner’s circle on Thursday afternoon.

The French import rated at the back of the field in the featured turf allowance, moved up between horses going into the far turn and then angled widest of all with confident handling from Ortiz, who said, “I always had a ton of horse. I knew I was loaded so I split horses on the turn. We bumped with the second place horse a few times but he was much the best.”

Trainer Christophe Clement had Devamani ready to roll for his first start since the summer. He was gelded in the interim. West Point scored for the second time in five days with a first-time gelding, as Full of Luck had prevailed at Golden Gate Fields last Saturday in his return from the “ultimate equipment change.”

Christophe Clement purchased Devamani from his breeder, The Aga Khan, at a public sale in France in 2017. A son of leading European sire Dubawi, he has won twice and been in the top three nine times in 11 career starts.