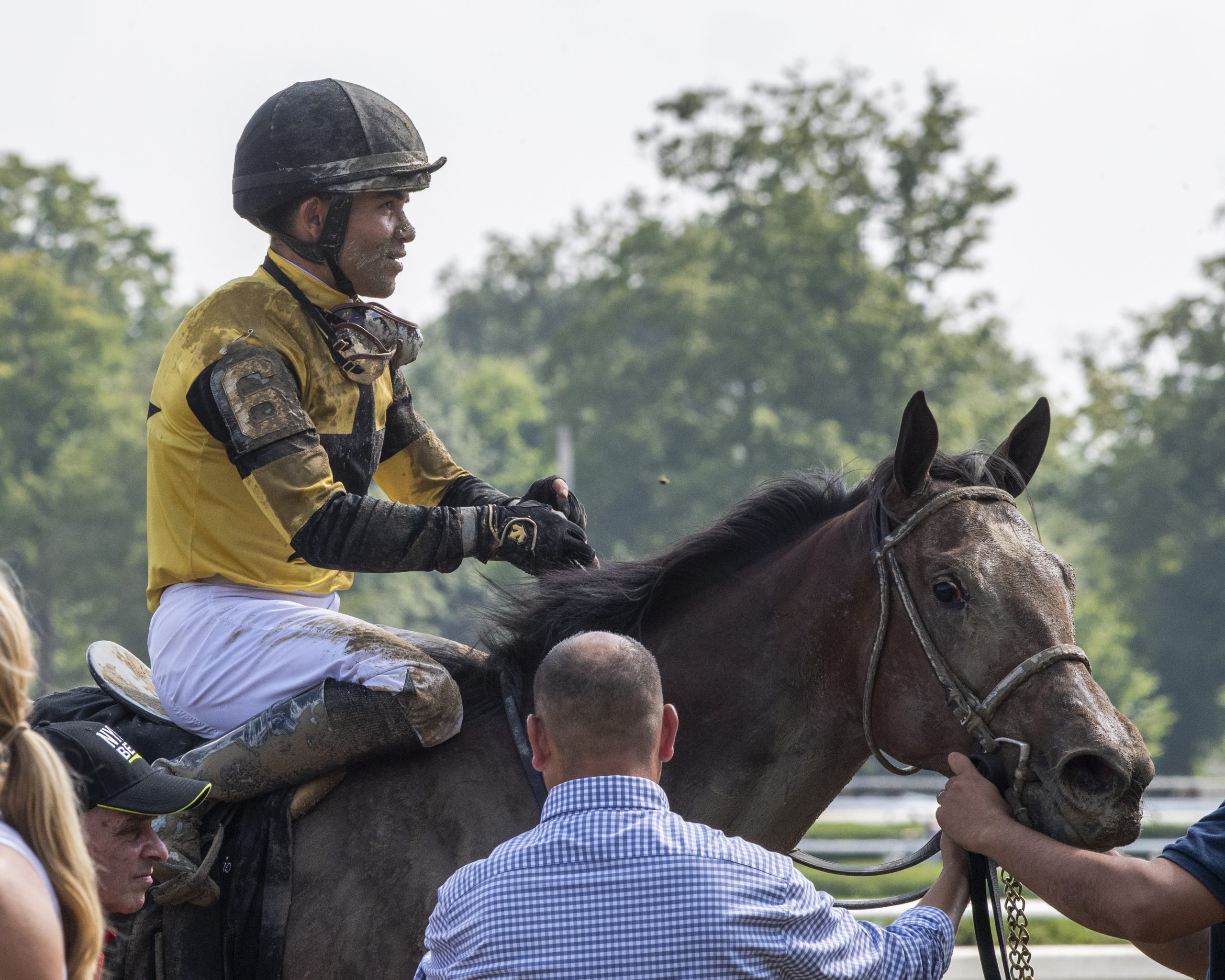 “A win is a win” rang true Friday as Gal in a Rush benefited from a disqualification and was promoted to the top spot in a grass maiden race for 2-year-old fillies at Belmont Park.

Gal in a Rush finished second across the wire, a solid performance for her turf debut, edging Diamond Hands by a nose for second. But that was before the stewards disqualified the unofficial winner, Haughty, for interfering with Diamond Hands at the top of the stretch.

West Point, Chris Larsen and Titletown Racing Stable bought Gal in a Rush at the OBS March sale of 2-year-olds in training.