David Ingordo has bought two horses from the Keeneland September yearling sale who went on to win the Breeders' Cup Classic and Eclipse Award championships. The first was the Hall of Fame mare Zenyatta, and the second was Accelerate, who is now a young gun on the stallion roster at Lane's End Farm, represented by his first crop of yearlings.

This September, as West Point's bloodstock adviser, David was drawn to a son of Accelerate that looks a lot like his daddy, a correct, handsome colt with all signs pointing to two turns on the dirt.

Accelerate accounted for one of the most dominant seasons from an older horse over the last decade, rolling through five Grade 1 races in 2018: a rare sweep of the Santa Anita Handicap, Gold Cup at Santa Anita, Pacific Classic, Awesome Again Stakes, and the Breeders' Cup Classic.

"Accelerate wanted it bad every time," David said. "As an individual, Accelerate is well balanced, he's got a great shoulder, wide across his hips, great bone and he has a regal head. I've seen that in his offspring. You can't teach that, they either have it or they don't. They have his head, his eye, that presence, they have his balance, and they are great movers. They're like mini versions of him."

That was the assessment when this colt arrived in January 2020—he happened to be the very first Accelerate foal! Breeder Bob McCann said at the time, “He's a very strong, good-bodied foal very much like his sire.” And that has held true to this day.

The new colt will be trained by David's wife, Cherie DeVaux, who is in the midst of a breakout season, winning at a 20 percent clip, including four wins from 11 starts among the cream of the crop at Saratoga.

Accelerate wanted it bad every time. He is well balanced, he’s got a great shoulder, wide across his hips, great bone and he has a regal head. I’ve seen that in his offspring. You can’t teach that, they either have it or they don’t. They have his head, his eye, that presence, they have his balance, and they are great movers. They’re like mini versions of him.” 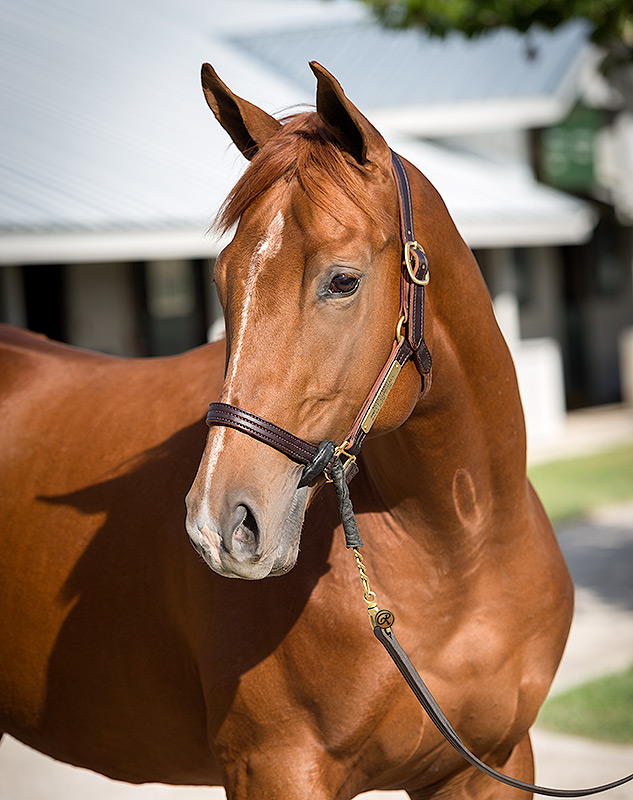