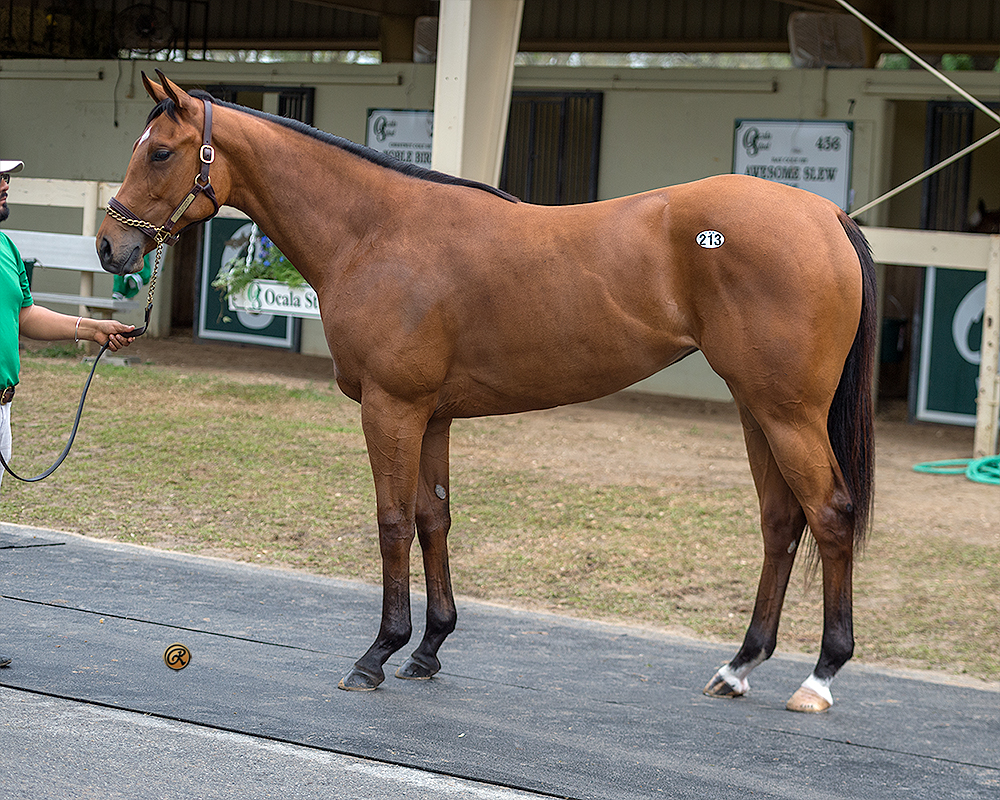 A speedy Florida-bred by Adios Charlie embodies the long, lofty tradition of fast 2-year-olds showing off their talents for consignor Ocala Stud.

The filly blazed a quarter-mile in 20 2/5. Ocala Stud has been the bedrock consignment at OBS Sales for decades and while the outfit’s hard and fast rule is to breeze their horses a quarter-mile, this wickedly-fast time was something different.

“I’ve seen a lot of quarter-mile works from Ocala Stud but I don’t know that I have ever seen one go in 20 2/5, and she did it the right way,” Jeff Lifson said.

Adios Charlie himself was a star graduate of the OBS March sale, selling for $400,000 to trainer and co-owner Stanley Hough.

A son of Indian Charlie just like Uncle Mo, Adios Charlie captured the Grade 2 Jerome Stakes and was second in two other New York Grade 2 races, only once finishing worse than second. He stands at Ocala Stud and has sired New York Grade 1 winner Patternofrecognition and Jean Elizabeth, a Canadian Graded stakes winner who was best in 15 of 21 career starts.

Grade one winners Unbridled Mo, Liaison, and Outwork are bred on the same cross as this filly.

The filly will head to California to be trained by John Sadler, who right now accounts for one of the fastest fillies in the country in Edgeway, who finished second in the Breeders’ Cup Filly and Mare Sprint in November and is 2-for-2 in 2022.

If you look at the filly’s catalog page, you see no second dam. That’s because there’s so much to report under the first dam — a stakes-winning producer of eight runners who are all winners. The dam herself was a sound, hard knocker who won 12 of 34 starts and earned nearly 650k.

She worked fast is very pretty. I honestly thought she would bring more, I liked her that much. As fast as she is, I want to get her out here pretty quickly as I think she’s the type who could win some two-year-old races for us. 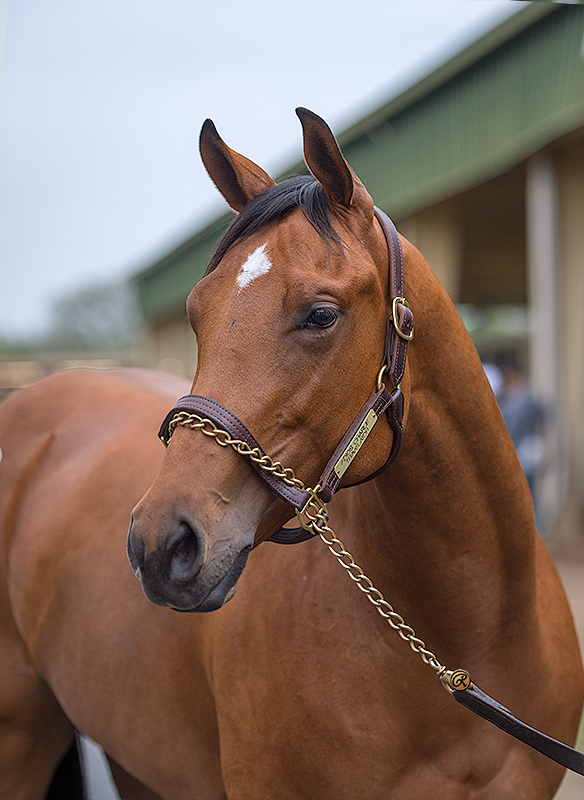