Carrying On Legacy of a World Champion

He may have been the most talented American racehorse of the last decade. He certainly was uniquely accomplished, occupying a territory all to himself with consecutive victories in the Travers Stakes, Breeders’ Cup Classic, Pegasus World Cup and Dubai World Cup that fueled a record earnings haul: $17.4-million.

Retiring to Juddmonte Farms, Arrogate looked like a “can’t miss” leading sire. Tragically, his influence on the breed will be limited to just three crops: he died last June after a brief illness.

In 2021, the first sons and daughters of Arrogate have an avenue to begin carrying on his legacy on the racetrack. At OBS April, West Point and John Sadler, trainer of a top Kentucky Derby candidate in Rock Your World, were drawn to a magnificent representative of that first Arrogate crop: a stunning gray colt who is a half brother to West Point’s current Graded stakes runner Lady Traveler, as well as 11-time stakes winner Heart to Heart.

Family ties are nice and all, but what really put this colt on the radar was the show he put on in the training preview. Officially, he stormed through an eighth of a mile in 10 flat, but his long stride kept on going through a quarter-mile in 20.4, which would have tied for the best time of the day, and three-eighths in 33. For a May foal, he is extremely advanced.

“He is a terrific prospect,” said Sadler, who will train the colt for West Point and Michael Talla, one of the co-owners of Santa Anita Derby winner Rock Your World. “I loved his work and then seeing him in the flesh, I certainly wasn’t disappointed. He is quite a specimen.”

The colt comes from the Wavertree Stables consignment that prepared Hot Rod Charlie, another top contender for this year’s Kentucky Derby.

The new colt has already shipped to Santa Anita.

“He is a terrific prospect. I loved his work and then seeing him in the flesh, I certainly wasn’t disappointed. He is quite a specimen.” 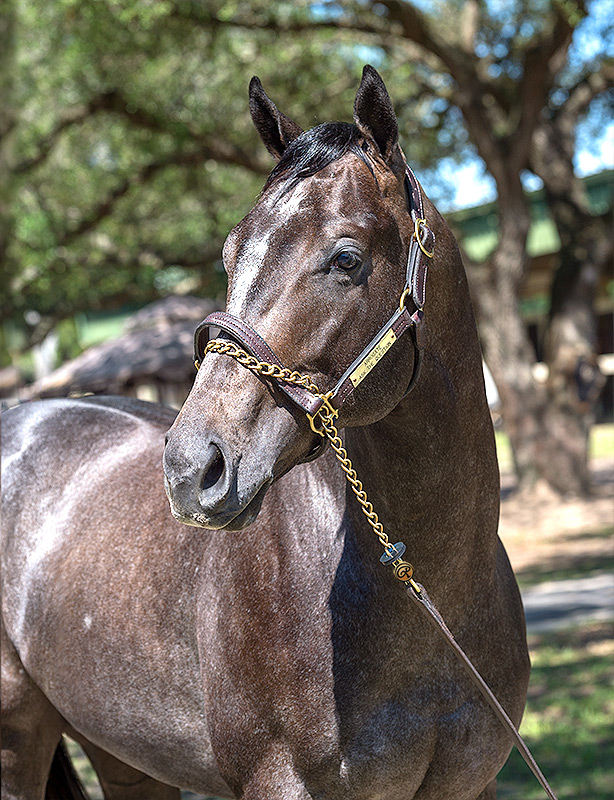