Already a Graded stakes winner in Europe, Atomic Blonde has the right credentials for turf racing at a high level in America in 2023. European imports have run rough shod in the U.S. in 2022, winning 36 of the best stakes for fillies and mares on the grass, while accounting for only 15 percent of the talent pool.

Christophe Clement has been firmly aware of that trend, as a native of France who keeps a close eye on the European racing scene and what kind of stock succeeds in moving across the pond. He attended the Arqana sale in Deauville, France, in early December looking to utilize his knowledge of both scenes to identify prospects for the turf ranks in New York in 2023. That led him to Atomic Blonde, who just finished up her 3-year-old season.

The gray filly was based in Germany, where she won a couple valuable races for graduates of the national yearling sale, and she swooped in to Italy several times throughout the season for key stakes: she finished second in the $400,000 Italian Oaks (G2T) going a mile and a quarter in May at Milan, and came back to win the Verziere Memorial (G3T) over the same course and distance in October.

She has been versatile, winning on both soft and firm ground, and at seven furlongs, a mile, and a mile and a quarter. She also finished third going a mile and a half in a Grade 2 race in Germany.

The filly is a daughter of The Gray Gatsby, who was a true mile-and-a-quarter specialist, winning the French Derby (G1) and the Irish Champions Stakes (G1).

ssPrice includes all acquisition costs and all training, veterinary, and insurance expenses until June 30, 2023. 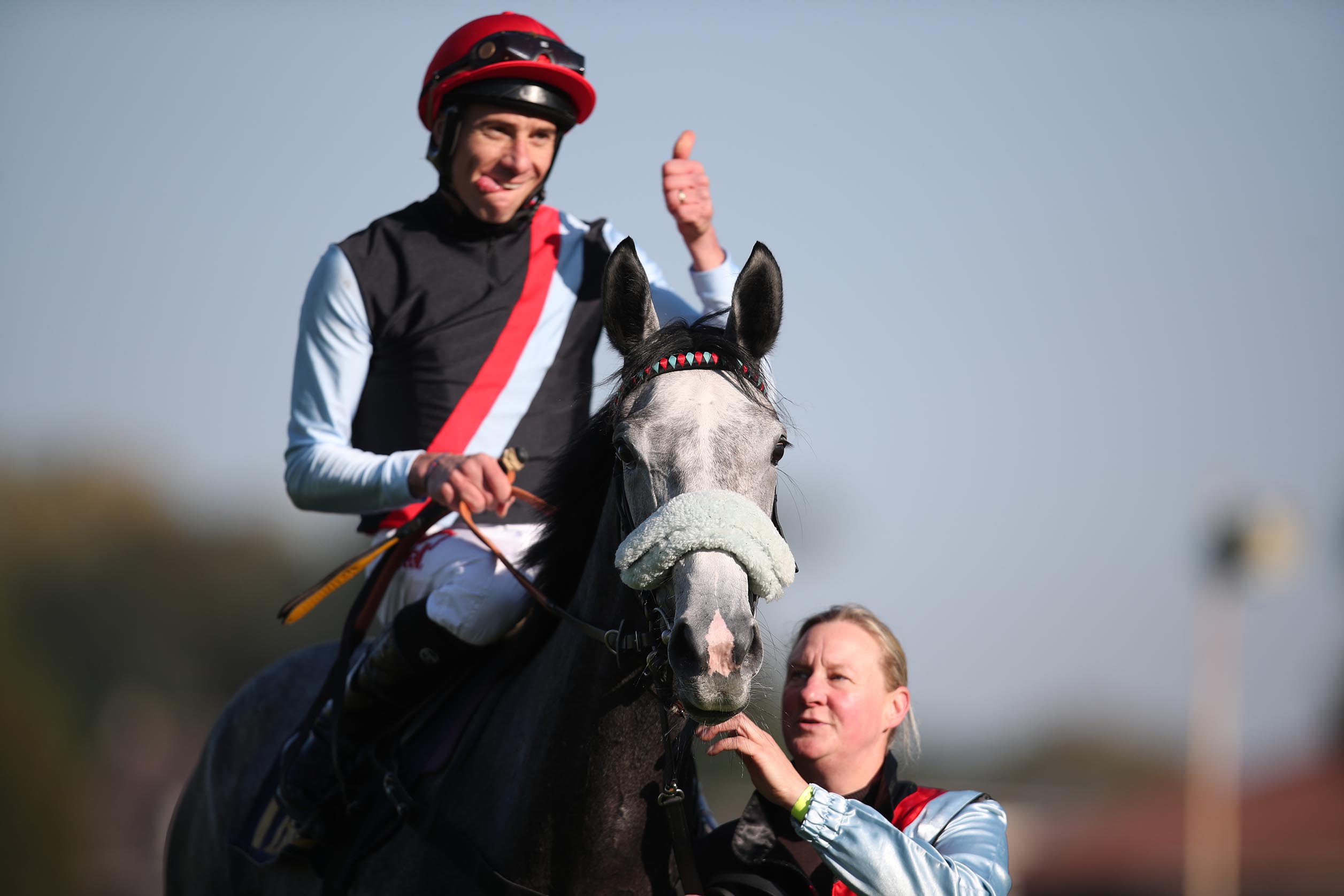