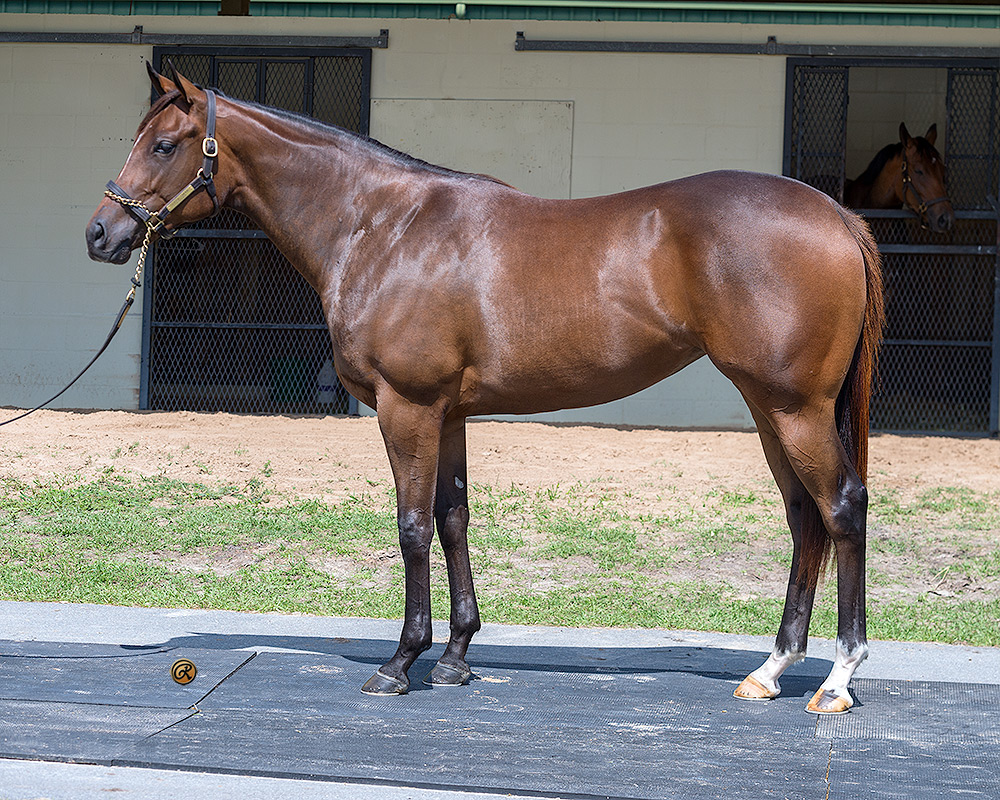 West Point added OBS June to the sale calendar this year and thank goodness some other operations did not—we felt very fortunate that the Coolmores and Spendthrifts of the world were not in attendance to see what we saw up close from Classic Empire’s spectacular first-crop filly.

She could be mistaken for a colt: there is nothing dainty about this gal. She is big, burly and imposing. And she backed that up on the track at OBS, cat-hopping through an eighth of a mile with a stride length that was two feet above the average for the session.

Classic Empire was a supreme 2-year-old, from a May debut at Churchill going 4 1/2 furlongs all the way through a gutsy victory in the Breeders’ Cup Juvenile. And he kept on going, finishing second by a nose in the Preakness Stakes (G1) at 3.

At stud, he has been quick out of the gate, represented by a debut winner at Churchill, Old Town Road, who looked an awful lot like his sire in dominating over 4 1/2 furlongs on May 7.

The new filly comes from a decorated family cultivated by Stuart Janney, chairman of the Jockey Club and long-time client of Shug McGaughey’s, just like Janney’s late brother-in-law Dinny Phipps. This filly is out of a full sister to one of Janney’s best homebreds, Data Link, whom Shug trained to four Graded stakes wins (topped off by the Grade 1 Maker’s Mark Mile at Keeneland). Also from this family came the Shug-trained Hymn Book, winner of the Grade 1 Donn Handicap in 2012.

The filly will stop over at Fair Hill Training Center for a few weeks to get a breather after the sale, before she moves on to the vaunted McGaughey barn in New York. 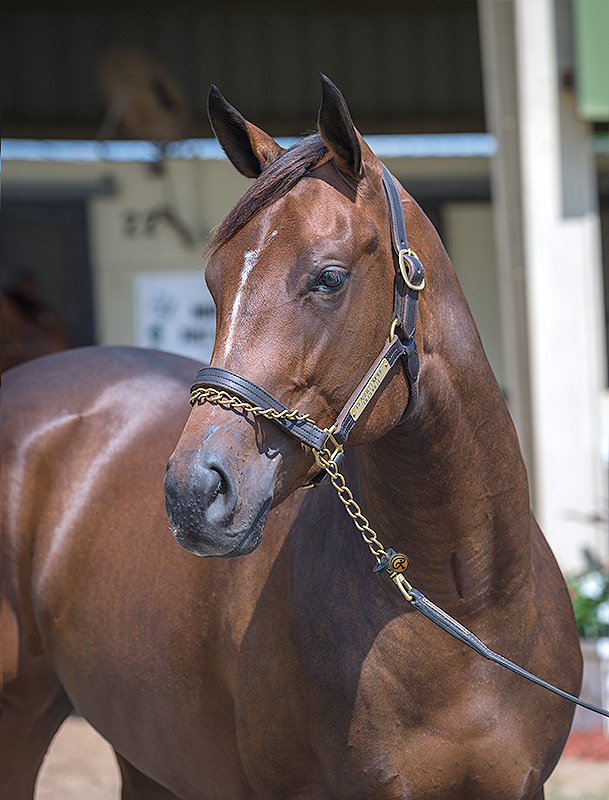