First Captain was a session-topper at the boutique Fasig-Tipton Saratoga sale last summer, and from everything we see and hear, he has been living up to that billing on the track.

“He is spectacular, and he has the demeanor of a Labrador,” said Eddie Woods, the Ocala trainer who has provided the early lessons for champions like Big Brown, Union Rags and Lady Eli.

He is indeed the spitting image of the champion sire and champion racehorse, but this big chestnut is certainly no “Junior.” After looking him up and down, West Point’s Jeff Lifson concluded “King Kong Curlin” was more like it.

The colt is the first foal of the well-bred A.P. Indy mare America, whom Hancock boards for celebrity chef Bobby Flay. Flay is in awe of Stone Farm’s tradition and aptitude for producing quality horses, calling it “Magic Land.” The roll of graduates would indicate just that, as Stone Farm has raised Kentucky Derby winners Gato Del Sol, Fusaichi Pegasus, and Sunday Silence, the latter of whom would go on to a breed-shaping career as a stallion in Japan.

In the Curlin colt, West Point’s bloodstock advisor David Ingordo saw comparisons to not only the sire but also Curlin’s champion daughter, Stellar Wind, whom he bought on behalf of his California client Hronis Racing.

“He is the image of Stellar Wind in the head and the body, except in colt form,” Ingordo said. “We have obviously seen a lot of Curlins because we had him at Lane’s End and got him started. A lot of his success came off our breedings and this is what the good foals look like.

“He is what you want in a racehorse. He is real classic. He looks like the oil paintings they have upstairs at Fasig-Tipton.”

Hall of Fame trainer Shug McGaughey took such a liking to First Captain at the sale that West Point and co-owner Woodford Racing figured the colt was a natural prospect to send his way. Shug trains Woodford Racing’s Code of Honor, runner-up in the 2019 Kentucky Derby and winner of the Grade 1 Travers Stakes and Jockey Club Gold Cup.

First Captain arrived at Shug’s Fair Hill barn last week and breezed three furlongs in 38 and change and galloped out a half-mile in 51 on May 12.

“He went really nice, as I expected after hearing the reports from Eddie Woods,” said Shug. “Everyone at the barn was oohing and aahing over him when he got off the van.”

He is what you want in a racehorse. He is real classic. He looks like the oil paintings they have upstairs at Fasig-Tipton. 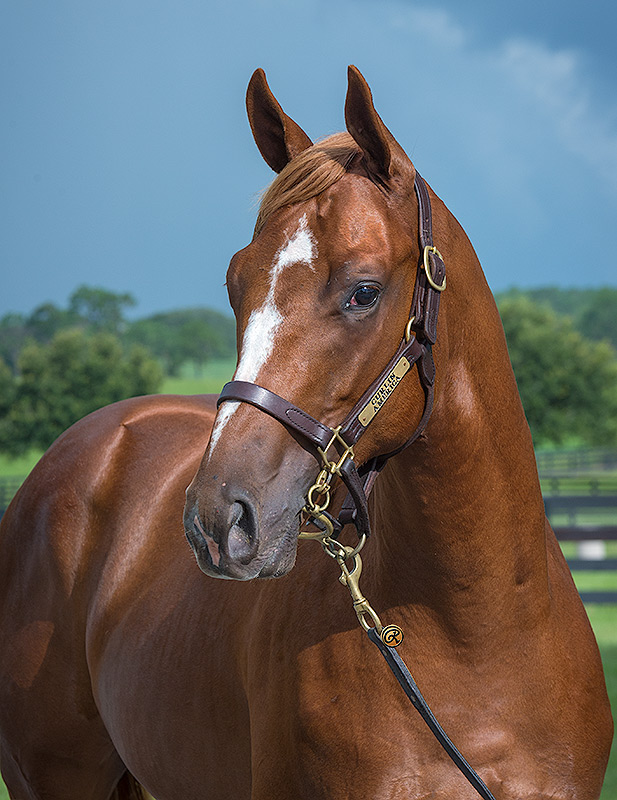