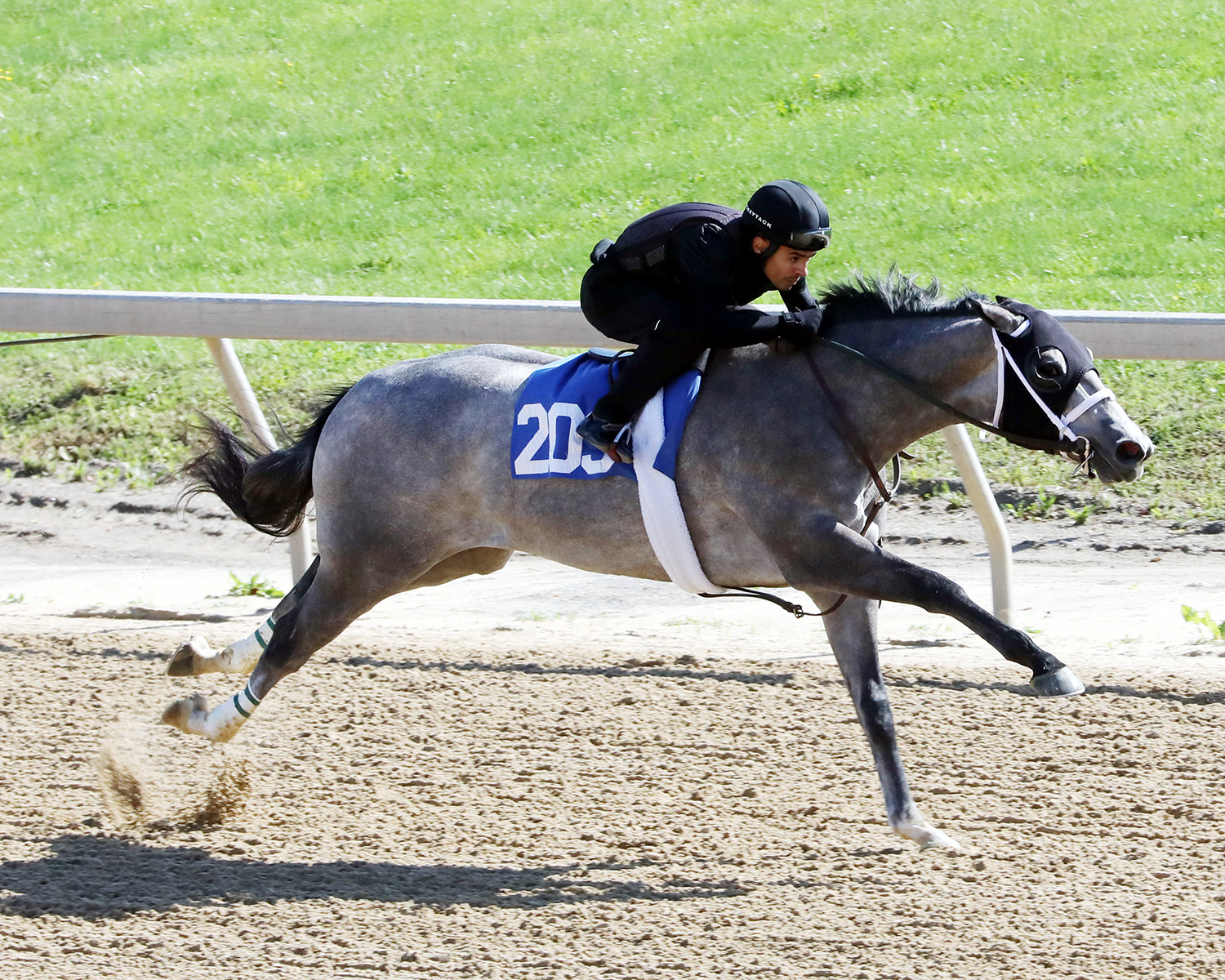 This is a New York-bred filly with a profile to take on all comers, a daughter of Met Mile record-breaker Frosted from the Tapit sire line that has been so good to West Point Thoroughbreds through the likes of Grade 1 winners Flightline and Ring Weekend.

In fact, this pedigree combination of the Tapit sire line on top and an Indian Charlie mare on the bottom is the same nick that delivered Flightline, who is gearing up for the $1-million Met Mile on June 11. That is the race that stamped Frosted’s name in the record books, when the son of Tapit scorched the Belmont Park surface in a 14-length annihilation of the Met Mile in 2016.

The new filly looks like more of the same, impressing in the pre-sale breeze with an eighth of a mile breeze in 10.1 seconds, earning the vaunted Group 1 designation from our stride analyst, which takes into account efficiency, thrust. and a unique set of power factors.

Back at the barn, Jeff Lifson found plenty of exclamation points: “Look at the rump on this filly! What a great hip and a fantastic engine. Look at how she steps through herself and pushes off. Just absolutely fabulous!”

Frosted accounted for a top 2- and 3-year-old filly in Travel Column, who captured the Grade 2 Golden Rod Stakes at the end of her juvenile season and went on to win the Grade 2 Fair Grounds Oaks the next spring as a sophomore.

Christophe Clement has worked wonders with New York-breds, and not just in the local state-bred ranks—his New York-breds Disco Partner, Discreet Marq and Lubash all enjoyed long careers, each earning more than $1-million, and broke through to win Graded stakes in open company.

Watch Christophe Clement discuss the new filly at the barn at Saratoga:

Watch the buying team discuss the filly in our post-sale call: 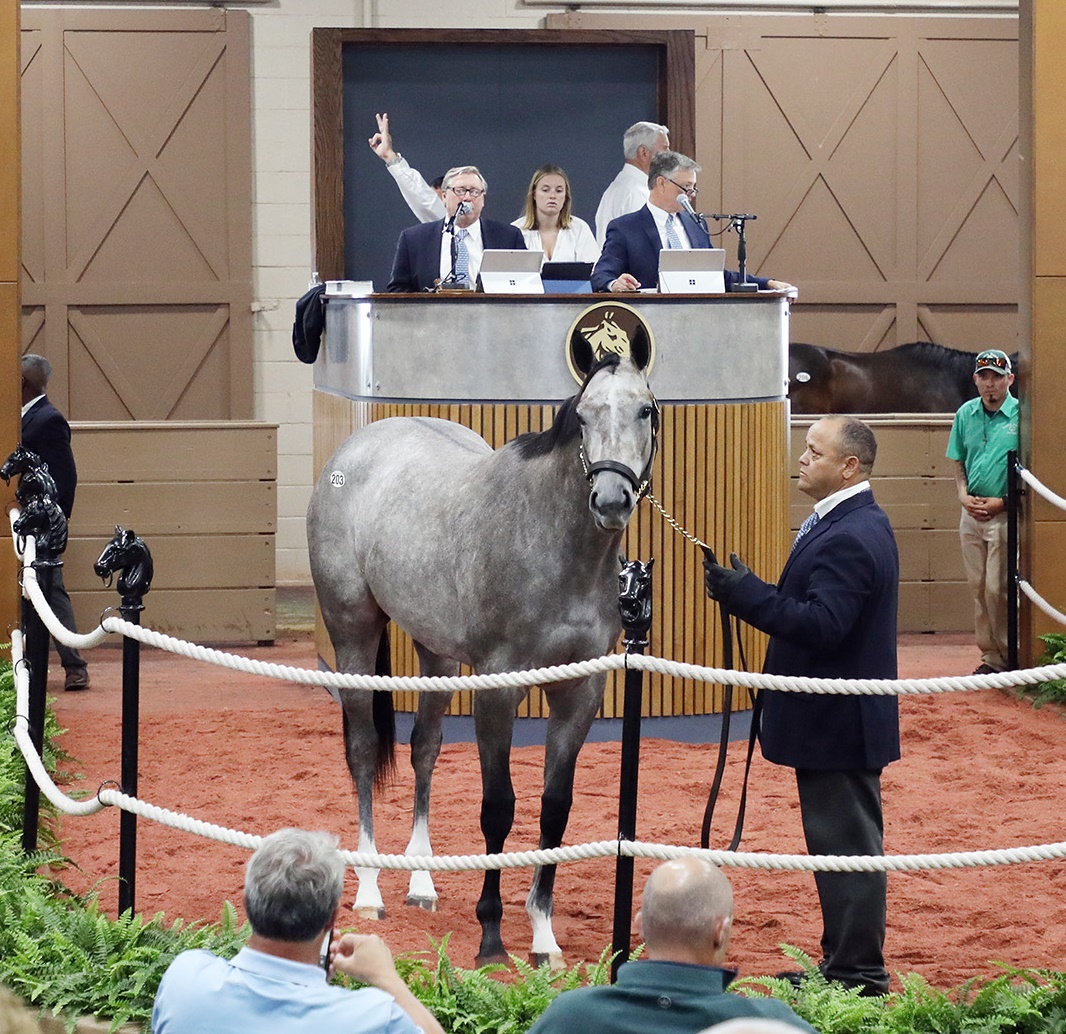