Flying With Angels is precocious and purely fast, continuing a theme for his pedigree, which has sparkled since we bought him at the Fasig-Tipton Saratoga sale last summer.

Our colt’s half brother Long Weekend was a debut winner at 2 last year and has emerged as one of America’s leading three-year-old sprinters, beginning his season with three straight wins, including a pair of stakes at Oaklawn Park. Most recently, he notched a 98 Beyer, among the best figures for any 3-year-old in 2020.

“Flying With Angels is cut out of that same cloth,” said Eddie Woods, the colt’s trainer in Ocala all winter and into the spring, with a departure date imminent to send him on to trainer Christophe Clement in New York. “He has the shape of all the good Ghostzappers I’ve seen, and he is a smooth, good-natured colt.

“He hasn’t missed a beat in this whole process, and he worked very well the other day [on May 6]. He’s ready to move on. He looks like a Saratoga 2-year-old to me.”

Brilliant speed is nothing new for this family: the dam of Flying With Angels and Long Weekend is a half-sister to two swift Grade 1 winners in New York: Paulassilverlining, who also happens to be by Ghostzapper, making this colt a three-quarter relation to one of the fastest female sprinters in New York over the past decade, as well as Dads Caps, who captured back-to-back editions of the Grade 1 Carter Handicap.

Ghostzapper was potentially the most talented racehorse of the past two decades as a winner of the Met Mile and the Breeders Cup Classic. His Grade 1 victories ranged from 6.5f to 10f. He has been a very good sire as well with 5 champions and 11 individual Grade 1 winners.

His top runners possess a similar blend of speed and stamina. That is exemplified by his four-year-old filly Guarana, who stormed into racing’s spotlight last year ranging from a 15-length debut win in a Keeneland sprint, a Grade 1 victory at a mile in Belmont’s Acorn Stakes, and another Grade 1 triumph going 9 furlongs at Saratoga in the Coaching Club American Oaks.

Between this colt’s physical, his athleticism, his sire power, and the plethora of strength in his female family, you don’t want to miss out on a simply outstanding prospect that we picked up at a sale that’s very well known for producing G1 level horses.

Christophe will receive him in coming weeks, looking to build on his resume of top colts including the versatile Gio Ponti (champion older male, champion turf male) and Tonalist (winner of the Grade 1 Cigar Mile as well as the classic, mile-and-a-half Belmont Stakes).

“He has the shape of all the good Ghostzappers I’ve seen, and he is a smooth, good-natured colt.” 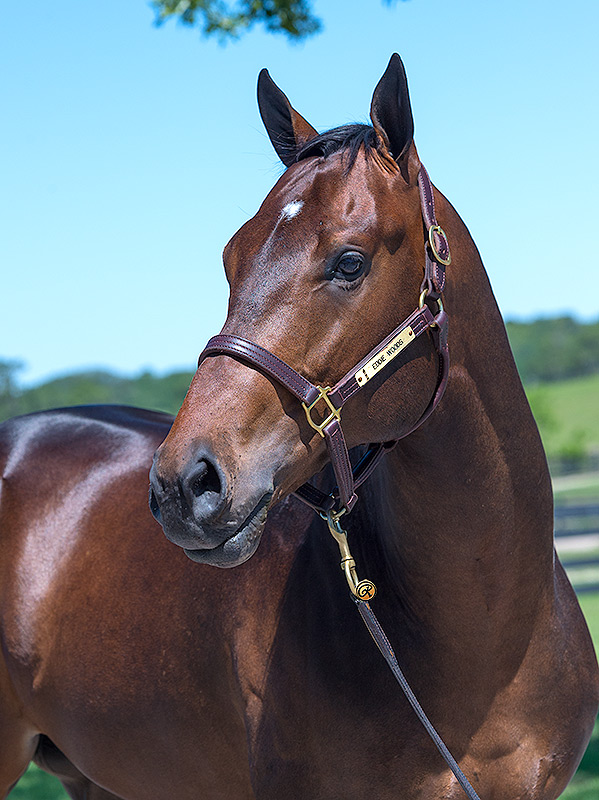