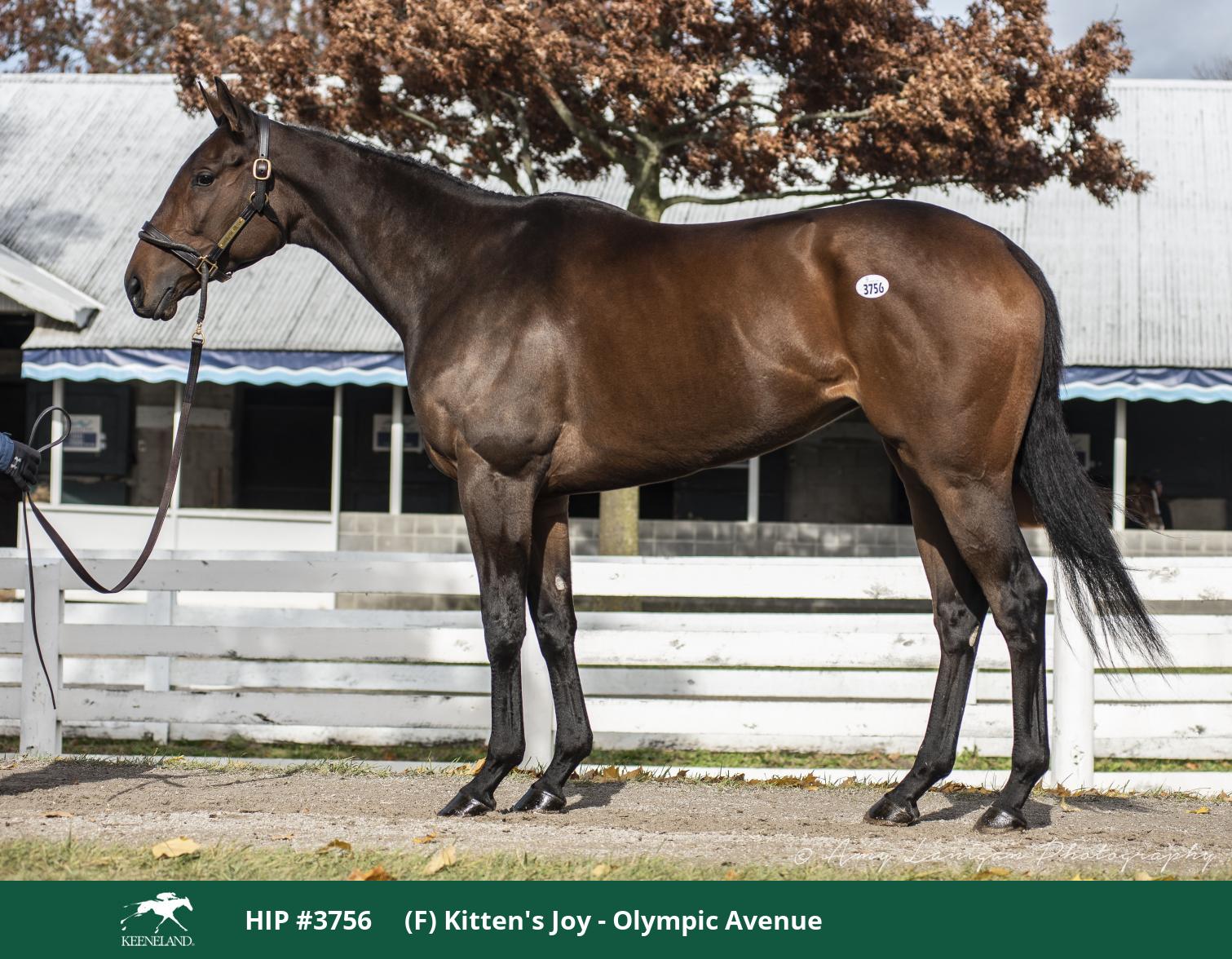 Bloodstock agent David Ingordo and trainer John Sadler have turned the Keeneland Horses of Racing Age sales into a personal playground the last few years, landing Combatant and Higher Power, who between them would go on to win the Grade 1 Santa Anita Handicap and Pacific Classic for the Sadler barn.

This November David and John turned their focus to Gold for Kitten and the filly and mare turf division, which continues to present an abundance of Graded stakes opportunities in Southern California while the ranks have grown thin. For instance, this week's Grade 3 Red Carpet Stakes at Del Mar only drew a field of five.

As a progressive 3-year-old filly coming off a pair of stakes placings, Gold for Kitten looks like a perfect fit for the upcoming Santa Anita winter and sprint schedule that includes a whopping nine stakes on the grass for fillies and mares, topped off by the Grade 1 Gamely Stakes in May.

The last couple of years, Combatant and Higher Power have shown John's prowess at taking a newcomer with proven ability and making the right moves to realize their potential at a higher level. Combatant and Higher Power both carried the white and green colors of Hronis Racing, just like this year's Pacific Classic winner Tripoli, who is by the same sire as Gold for Kitten, Kitten's Joy. West Point jumped in for the chance to join Hronis Racing on Gold for Kitten.

Another example of John’s work, more in line with Gold for Kitten, is Black Mamba, who only had one win from 10 starts in her native New Zealand before she arrived in the Sadler barn in Southern California. For John, she developed into a durable, top-class filly on the grass, winning the Grade 1 John C. Mabee at Del Mar and back-to-back editions of the Grade 2 Beverly Hills.

Bred and initially raced by Eclipse Award-winning breeders Ken and Sarah Ramsey, Gold for Kitten climbed the ladder with four consecutive wins between February and July. Her stakes debut yielded a Grade 3 placing in the Virginia Oaks with a 7 3/4 figure on the Thoro-Graph Sheets. Notably, that is the same Thoro-Graph figure that Going Global received a few weeks earlier when she captured the Grade 1 Del Mar Oaks. Going Global went on to score against older fillies and mares on the Breeders' Cup undercard in the Grade 2 Goldikova Stakes.

I see her being very, very competitive in the graded turf stakes out here. Mr. Hronis and I have been successful buying horses of racing age at Keeneland, winning grade ones with Higher Power and Combatant. I think she has what it takes to follow suit and then she could be worth a lot of money as a broodmare in a couple of years.