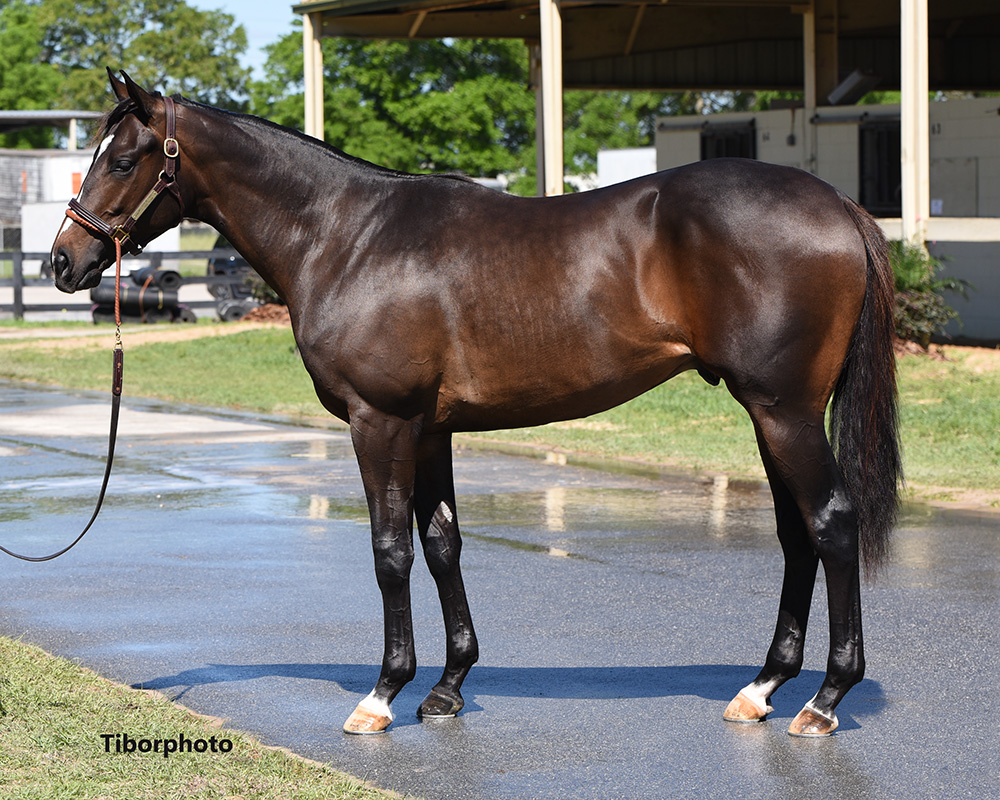 This powerful colt by Good Samaritan came to impress at the OBS April sale training preview with a sharp work and a profile with all kinds of possibilities: a New York-bred by a first-crop sire who could do just about anything on the racetrack, winning a Grade 2 on turf as a 2-year-old, then beating both the Kentucky Derby and Preakness winners in a Grade 2 on dirt as a 3-year-old, and continuing on to capture a Grade 2 on dirt at 4.

The source is a proven one too: Magnolia Midnight, our crack 3yo also came from this consignment, Top Line Sales, at OBS April in 2021. Magnolia Midnight scored a maiden last summer at 2 and prevailed again at Oaklawn Park this winter at 3.

Just like Into Mischief, Good Samaritan is a son of Harlan’s Holiday. Good Samaritan was a debut winner at 2 at Saratoga and followed that right up with a Grade 2 victory in the Summer Stakes at Woodbine. He stuck with turf for a long while until convincing Hall of Fame trainer Bill Mott to give him a shot on the dirt at Saratoga. He rewarded that gamble with an emphatic victory in the Grade 2 Jim Dandy, leaving both the Derby winner Always Dreaming and the Preakness winner Cloud Computing in his wake.

With Good Samaritan’s race record and the tie to arguably the leading sire in America, he has been extremely popular at WinStar Farm, attracting a book of 162 mares in the crop that included this colt.

Christophe Clement has worked wonders with New York-breds, and not just in the local state-bred ranks—his New York-breds Disco Partner, Discreet Marq, and Lubash all enjoyed long careers, each earning more than $1-million, and broke through to win Graded stakes in open company.

“There’s a great mix of dirt and turf in this colt’s pedigree,” said Tom Bellhouse. “He was one of the very first horses in the ring on the first day of the OBS April Sale which helped us get him at a very good price. Good Samaritan won a lot of really nice races in New York as well as the Summer Stakes (G2) and New Orleans Handicap (G2), two races important in West Point’s history.”

There’s a great mix of dirt and turf in this colt’s pedigree. He was one of the very first horses in the ring on the first day of the OBS April Sale which helped us get him at a very good price.