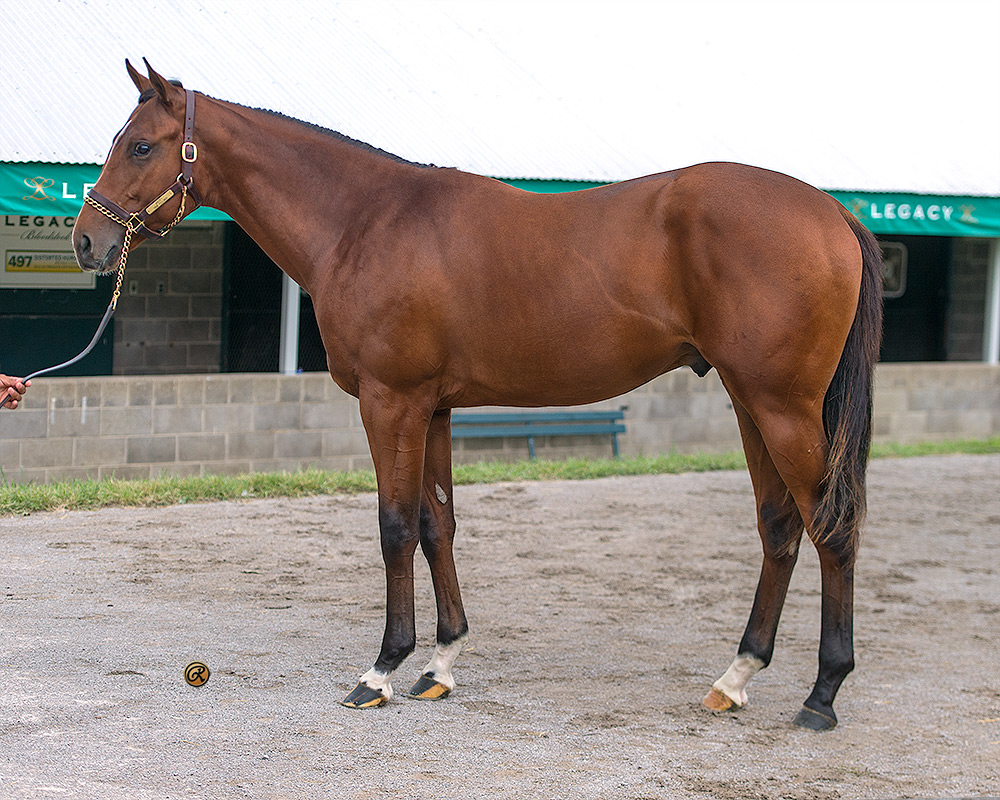 Triple Crown hero Justify brought his powerhouse status, both as a racehorse and gobsmacking specimen, to the breeding shed at Coolmore’s Ashford Stud and the initial results are more of the same: powerful, imposing and in high demand. That combination produced one of the standouts at Keeneland September and West Point was keen to find a way to bring him into the stable, joining forces with one of John Sadler’s key clients, Michael Talla, to land the stout colt.

“I think we got our hands on the top two Justifys in the sale,” said WPT’s Jeff Lifson. “You knew anything by him was going to have rock-star quality, but look at how well this one moves and how well he is put together. He is very correct too. I love his barrel, I love his angles, and I don’t think this is a finished product by any stretch of the imagination.”

Bob Baffert spoke in awe just looking at Justify, anointing him as the “most gorgeous, best-looking horse,” to ever grace his barn. Justify sure did back up his appearance, retiring undefeated and roaring through the Santa Anita Derby, Kentucky Derby, Preakness and Belmont Stakes like no other horse before him, his entire career spanning 112 days.

The new colt’s dam was a precocious, talented 2-year-old, finishing second in the Grade 3 Schuylerville at Saratoga, and she has produced Graded-stakes placed Royal Act and the stakes-winning mare Feeling Mischief. The versatile champion filly Wait A While (third in the Kentucky Oaks (G1) on dirt and a three-time Grade 1 winner on turf) came from this female family.

We had to stretch for him, but I really think he’s worth it. We were fortunate to partner with Mike Talla to get a colt like this into John Sadler’s barn. The breeder stayed in for a leg, that’s how much confidence he has in the colt. 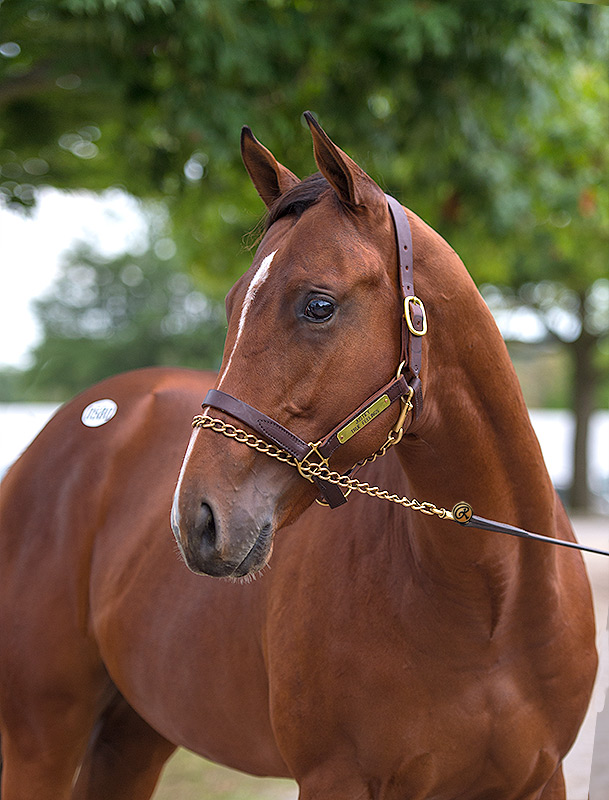