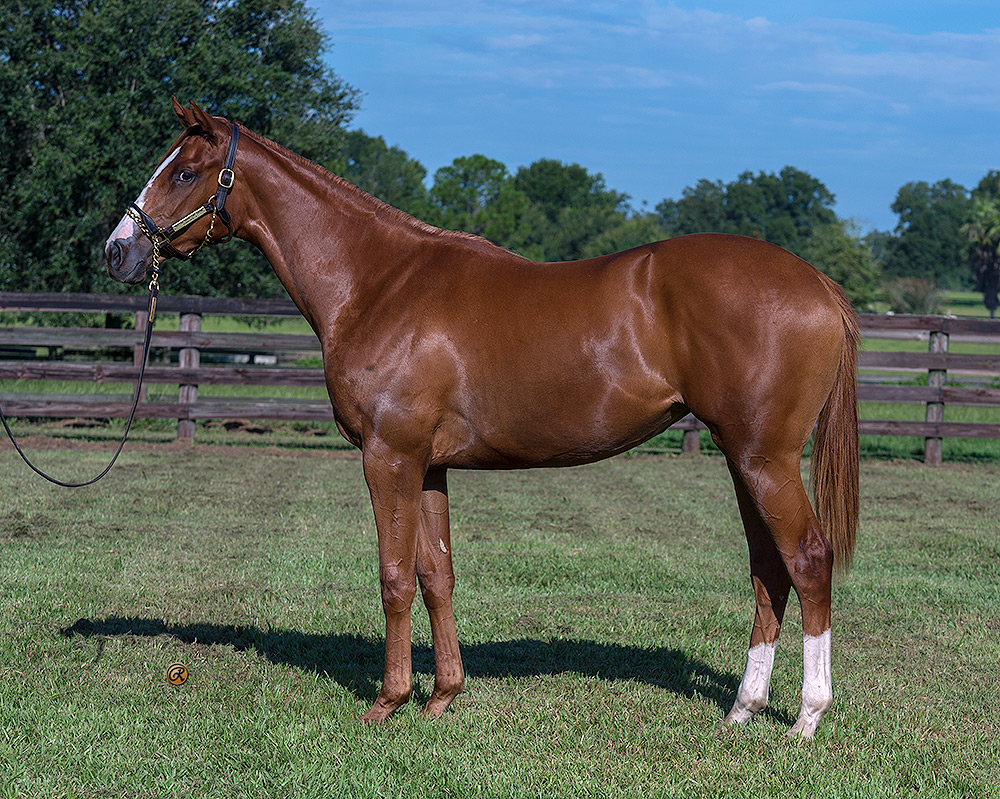 Kantharos was an undefeated racehorse and now as a stallion he is passing on speed in spades. This filly is his spitting image, same chestnut color, similar white blaze across the face, and built like a rocketship.

Our buying team plucked the filly out of the New York-bred portion of the Fasig-Tipton Yearling Showcase, which was a consolidation of all three Fasig-Tipton summer sales, due to COVID-19. In a normal year, the New York-breds would have their own platform, an August sale in Saratoga Springs, New York, that two years ago served as the launching pad for Tiz the Law, the New York-bred colt who finished second as the favorite in the Kentucky Derby after winning the Belmont Stakes and Travers Stakes.

“This year created a great opportunity at a sale that is displaced and out of the way for a lot of people who usually buy New York-breds,” Terry Finley said. “A lot of horses got lost in the crowd but David Ingordo and our team found this filly and bought her very reasonably.”

Kantharos swept all three of his races, dominating the Grade 2 Saratoga Special and Grade 3 Bashford Manor at Churchill Downs as a 2-year-old. He has sired Grade 1-winning sprinters on both turf and dirt.

The filly will be trained by Jorge Abreu, coming off a red-hot Saratoga meet with 10 wins from 32 starts (31 percent). The highlights came with Myhartblongstodady, who won the Yaddo Stakes for New York-breds, and 2-year-old debut winners Guardian Moon (a New York-bred filly) and Shawdyshawdyshawdy, who came back to just miss in a $500,000 stakes event at Kentucky Downs this week.

This year created a great opportunity for people who usually buy New York-breds. A lot of horses got lost in the crowd but David Ingordo and our team found this filly and bought her very reasonably. 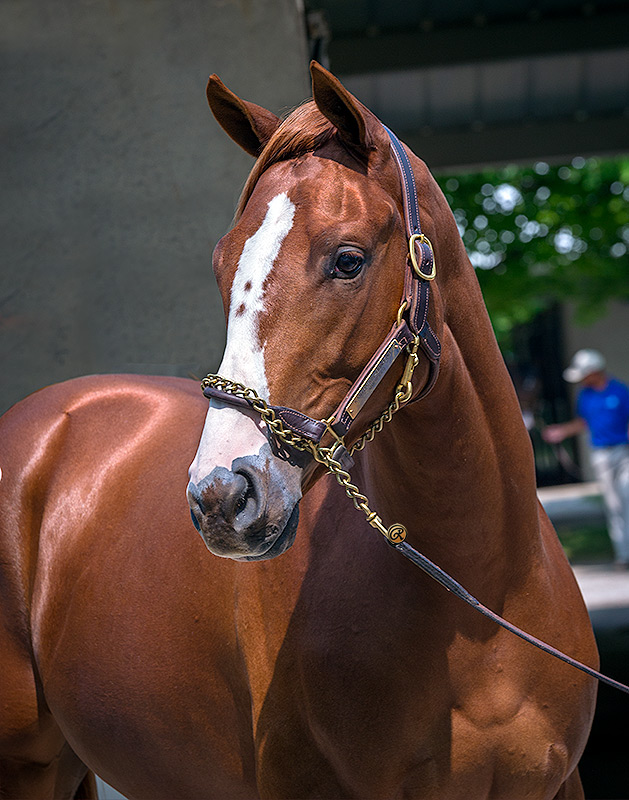