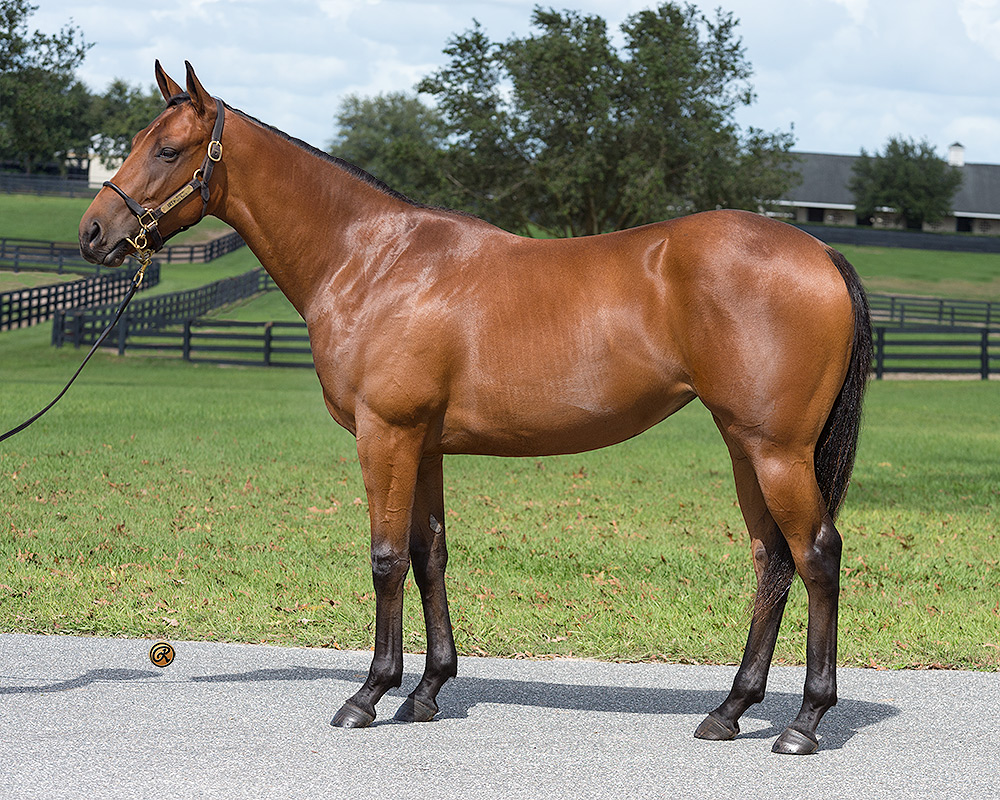 Terry Finley has gotten to know Irish horsemen Ross and Peter Doyle at the sales through the years. Last fall he encouraged the father-and-son bloodstock team to send word if they came across anything “exciting” at the yearling sales in England.

What the Doyles found at the Goffs Orby sale was a filly by Kodiac that fit the bill.

An Irish stallion, Kodiac has been a prolific source of fast, precocious horses, the kind that have been playing on those elite stages around the world:

“She is a lovely, elegant filly and she also has that stamp you see in the Kodiacs, she has a powerful shoulder and hind end,” said Ross Doyle about the filly.

The Doyles have quite a history with Kodiac fillies. A few years ago, they were entrusted to buy Kodiac’s daughter Fairyland for the powerhouse combination of Coolmore and trainer Aidan O’Brien, and she went on to become a Group 1 winner at 2 in England and at 3 in Ireland.

The Doyles also bought the sensational Kodiac filly Tiggy Wiggy, who won 6 of 8 starts in 2014, capped off by a victory in England’s Group 1 Cheveley Park Stakes that sealed her the Cartier Award as Europe’s champion 2-year-old filly.

This is where things get pretty interesting: Tiggy Wiggy came from the exact same cross as our new filly—Kodiac and a Kheleyf mare.

The filly flew over to America and hasn’t missed a beat at Eddie Woods Training Center in Ocala. She’s precocious and will be one of the first 2-year-olds to ship to their trainers The plan is to breeze her in Ocala before shipping to Christophe Clement at Payson Park in March.

I know Eddie thinks she could be one his first two-year-olds to make it to the races. We’ll get her in the first wave and hope to break her maiden early as we did with (first out winner and Breeders’ Cup Juvenile Fillies turf runner up) Best Performance.