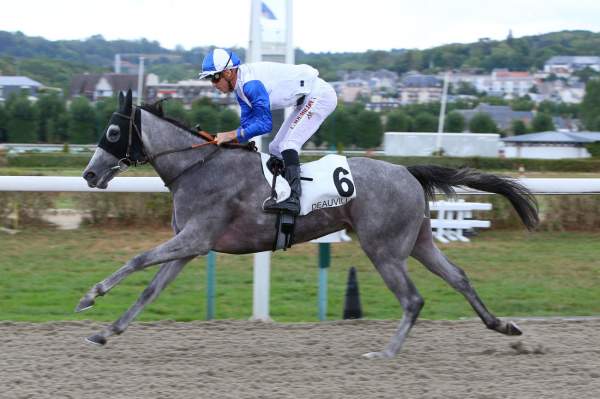 Lady Mia climbed the ladder all season as a 2-year-old filly in France, ultra-consistent with 3 wins and 4 placings in 8 starts, culminating in a second-place finish by a nose in a Grade 3 race on October 30.

In that race Lady Mia led the way and did everything right except win the last bob at the wire. The winner was trained by Nicholas Clement, Christophe’s brother and both Clements were impressed when taking the opportunity to inspect Lady Mia at the Arqana sale in Deauville in early December. They put together a group of owners that succeeded in securing the gray filly, and she will move to America to race as a 3-year-old.

Christophe said, “She is a great fit for American racing, she has quality, she is consistent, and she has good speed. She is a lovely filly to race for us in 2023.”

Lady Mia’s sire, Outstrip, successfully made the jump to America in 2014, capturing the Breeders’ Cup Juvenile Turf (G1) at Santa Anita for Godolphin Racing. So too did the dam of Outstrip, a gray filly named Asi Siempre who began her career in France and moved to the U.S. as a 3-year-old, eventually winning four Graded stakes including Keeneland’s Grade 1 Spinster.

Price includes all acquisition costs and all training, veterinary, and insurance expenses until June 30, 2023. 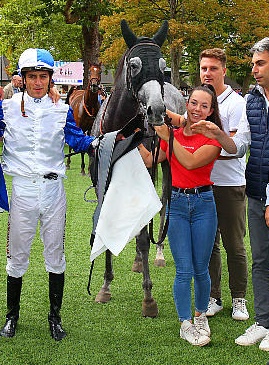