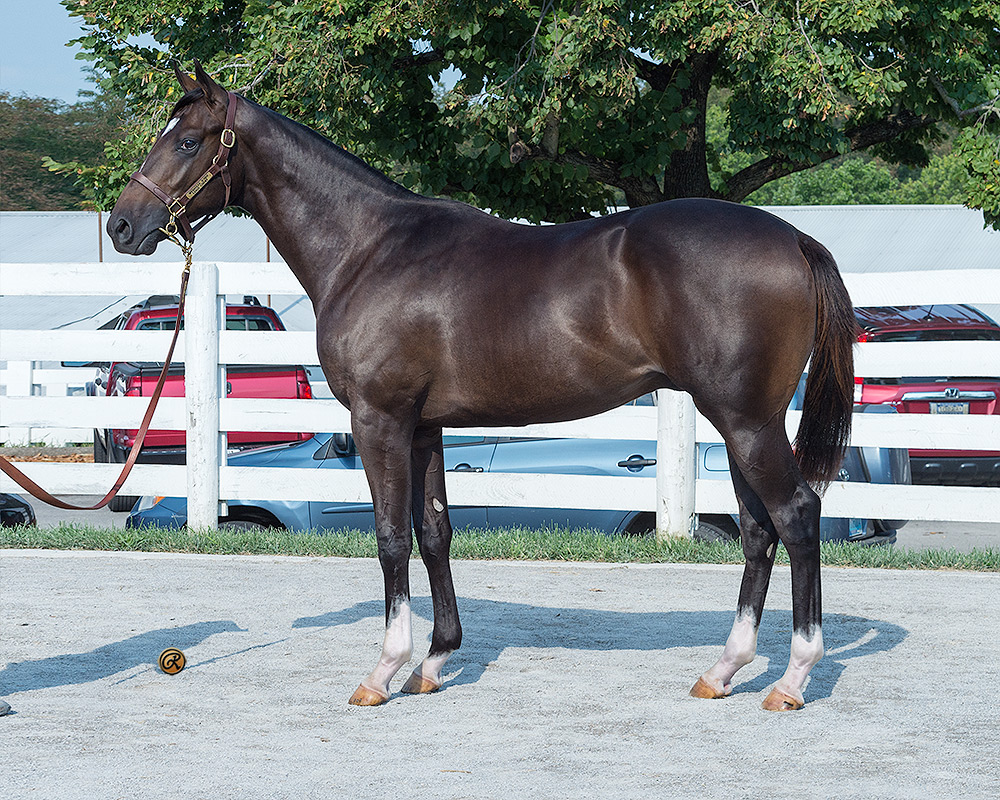 Stone Farm, an institution in the bluegrass from the Hancock family that is as ingrained in the Thoroughbred breed as any family in America, raised and sold First Captain, who was a sale-topper at Saratoga and is now 3-for-4 for West Point and partners and sitting on go for the $1-million Pennsylvania Derby. This year at Keeneland September, Stone Farm presented this dashing colt by Medaglia d’Oro and West Point was there to reel him in.

The new colt looks a lot like Medaglia d’Oro, who still inspires whistles as one of, if not, the prettiest sire in Kentucky. Both are nearly black. The new colt has white “socks” on all four legs, compared to three white socks on Medaglia d’Oro, who is a white drawer kind of sire: he is the all-time leader for stakes winners at Saratoga and the all-time leader for Grade 1 winners at Del Mar.

The dam Leigh Court was high-class herself, earning Canada’s champion 3-year-old filly award in 2013 when she went on a roll with three straight stakes wins on the synthetic track at Woodbine. The next year showed she may have been even better on dirt: she dominated the Grade 2 Thoroughbred Club of America Stakes on the main track at Keeneland before finishing a decent fifth in the Breeders’ Cup Filly and Mare Sprint (G1) at Santa Anita.

Leigh Court raced in the colors of Speedway Stables, which has also campaigned Grade 1 winners Collected, Hard Not to Like (for trainer Christophe Clement), Noted and Quoted, and Roadster in recent years. Speedway, the racing and breeding entity of Peter and Ann Fluor and K.C. Weiner, retained Leigh Court as a broodmare and bred this colt.

Sire and son side by side: 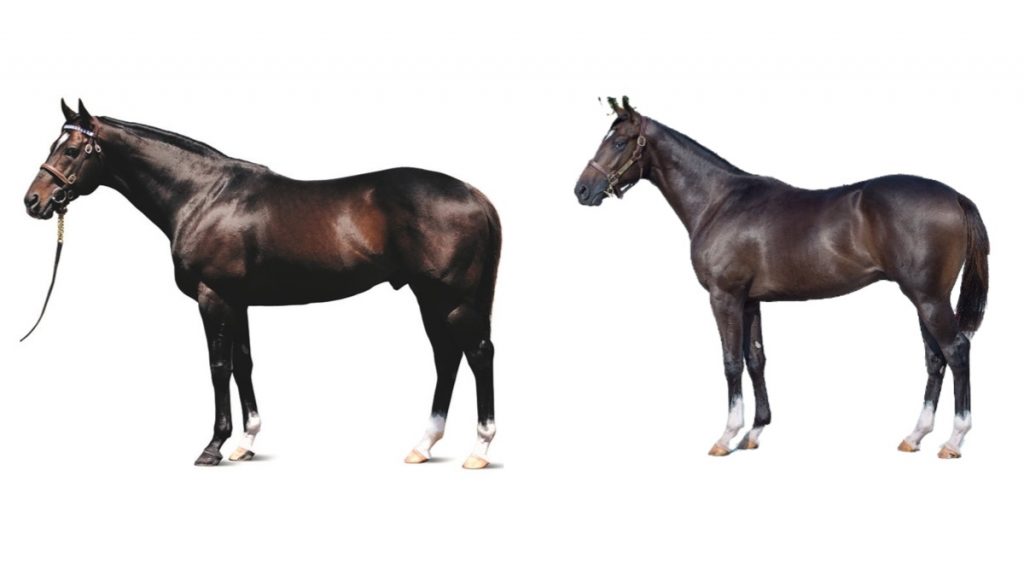 He looks real fast, he has a real sexy walk. One thing I really like is that his breeder Speedway stayed in for a piece. They didn’t want to sell all of him—they wanted to stay in for the ride. 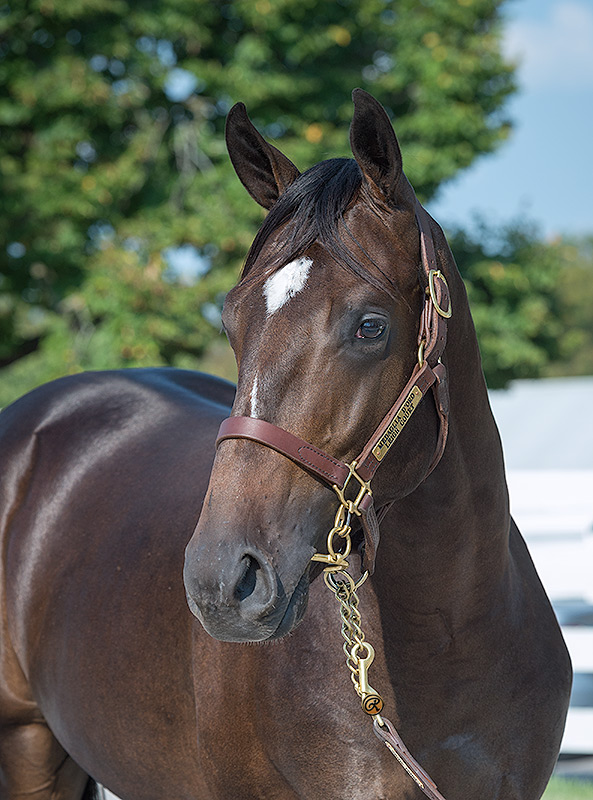