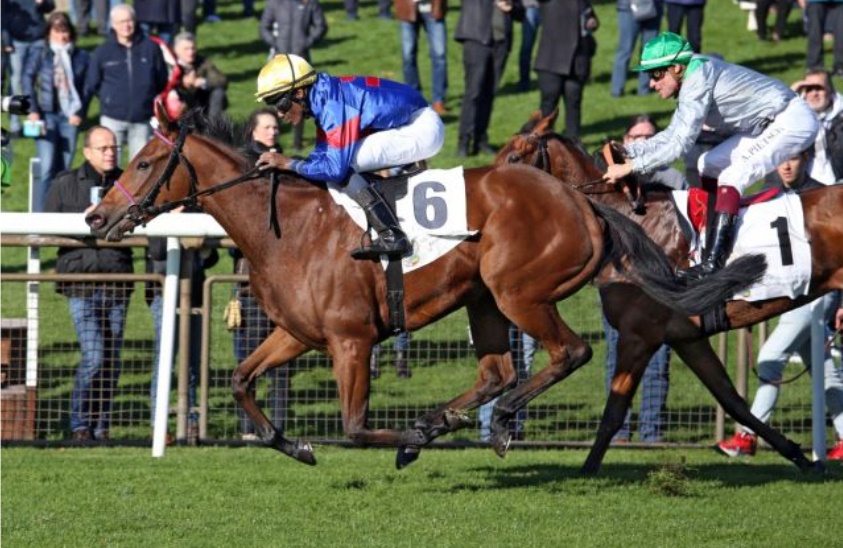 A French connection with a German twist presents a compelling opportunity: the unbeaten 3-year-old filly Parnac.

She was bred in France and has been raced in Germany by Jean-Pierre Dubois, a veteran horseman who recognized that with her combination of quality and a speed-influenced pedigree, she would be a perfect fit for American racing as a 3-year-old, looking toward the rich stakes for fillies on the turf: the Grade 1 Belmont Oaks in July, the Saratoga Oaks in August and the Jockey Club Oaks in September.

Mr. Dubois sought out a link to the U.S. and found one in fellow Frenchman Christophe Clement. Thoroughly impressed by the ease and manner of her two straight wins as a 2-year-old, Christophe put Mr. Dubois in touch with West Point. We struck up a partnership and are in the process of delivering Parnac from Germany into the Clement barn in America.

“She is a beautiful filly and I have to say I had a little sense of deja vu watching her second win,” Tom Bellhouse said of Parnac’s victory in the Grosser Preis Von Muhlens-Stiftung, a Listed stakes event at Hannover racetrack in Germany on October 24. “It brought to mind Twilight Eclipse, who was kind of off the beaten path when we bought him after two straight wins at Indiana Grand. This reminded me of that second one, where he had a little traffic and dropped his head and just blew them away in an instant. You don’t see that kind of acceleration every day.”

Parnac comes from the barn of one of Germany’s all-time leading trainers, Andreas Wohler.

Christophe said, “He is a world-class trainer and he develops young horses for the long-term, rather than flash-in-the-pan 2-year-olds. Knowing that, it’s exciting to see what she’s done already.”

The filly received a nice endorsement from Patrick Gibson, who used to work for Christophe and was the regular morning rider of West Point’s multiple Graded stakes winner Decorated Invader for about a year. After returning home to Europe, Patrick works for Wohler now and has been Parnac’s regular rider in the morning.

Parnac is a daughter of Zarak, a breakout young sire. Zarak’s dam was a legend, Zarkava, the European equivalent of Zenyatta: she won all seven of her races, topped off by a jaw-dropping rally to win Europe’s most prestigious race, the Prix de l’Arc de Triomphe in Paris. Video Profile of Zarak and Zarkava

Mr. Dubois’ previous best homebred was Stacelita, who came to America from France and scored back-to-back Grade 1 wins in 2011 for Chad Brown.

Clement keeps a finger on the pulse of racing and breeding in Europe and usually has at least one star import on his roster at any given time. A prime example came when he won back-to-back editions of Arlington’s Grade 1 Beverly D. Stakes, the first coming with the German-bred Royal Highness, and the second with the French import Mauralakana.

For West Point, Christophe trained the French filly Chipolata. She came more of a blue-collar pedigree compared to Parnac, but she made a smooth transition to Graded stakes ranks in America, earning a Grade 1 placing right off the bat in the Belmont Oaks. 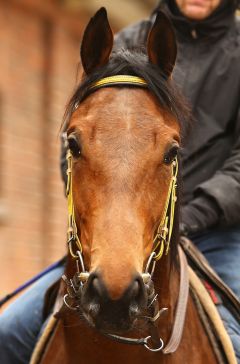