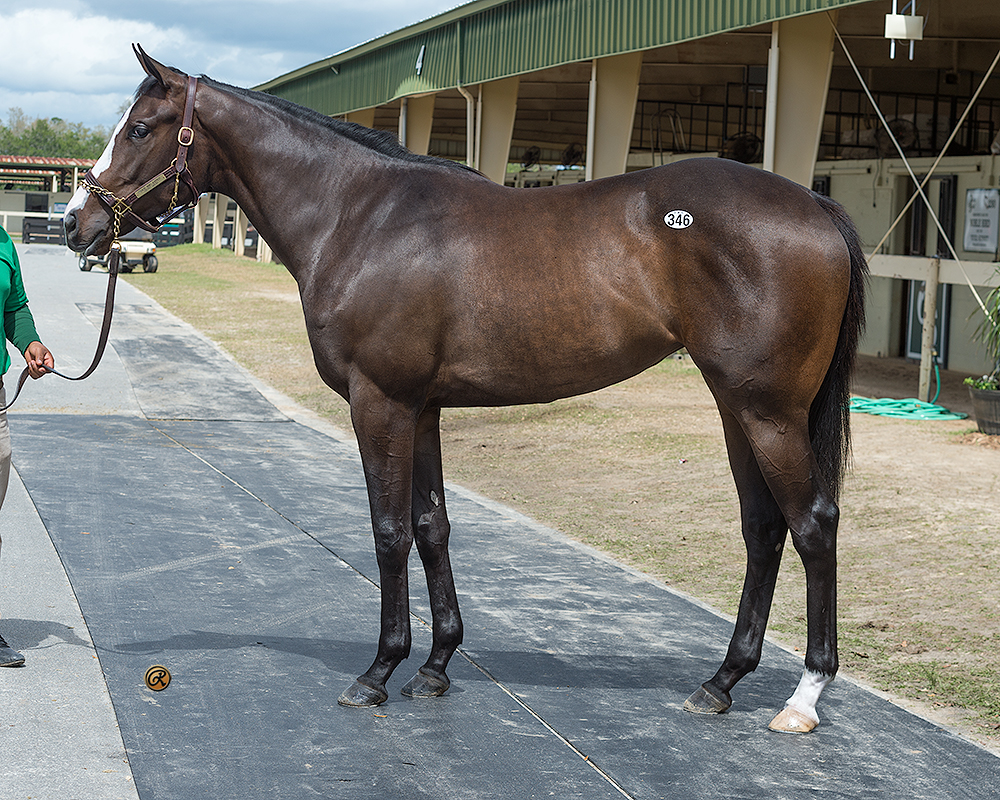 Bearing an obvious stamp of the War Front sire line, this Pennsylvania-bred filly blazed a quarter-mile in 20 3/5 at the OBS training preview. She is a granddaughter of War Front, a nick that has already clicked with this family as her half-brother En Wye Cee has won three races in New York and finished third in last fall’s Knickerbocker Stakes (G3T).

“To me, she looks just like War Front’s Preakness winner War of Will,” Jeff Lifson said.

She will head to Christophe Clement with a license to ship to her home state as opportunity arises to take advantage of her Pennsylvania-bred status. Peace and Justice’s best runner to date, Like a Saltshaker, excelled on the synthetic track at Presque Isle, winning the Fitz Dixon Memorial Stakes there as a 2-year-old. Interestingly enough, Christophe trained the filly’s dam.

Consigned by OBS stalwart Ocala Stud, the filly earned a 70 BreezeFig and flashed an impressive stride rate of 25.09, more than a foot above average for that day.

“If she was by a more commercially appealing sire, she could have been one of the sale toppers,” said Terry Finley. “She is one of the prettiest, most athletic fillies I’ve laid eyes on in a long time. The turf program in the United States has just taken off, and she’s the type who could be competing in the series of grade 1 races for three-year-old fillies in New York next year.” 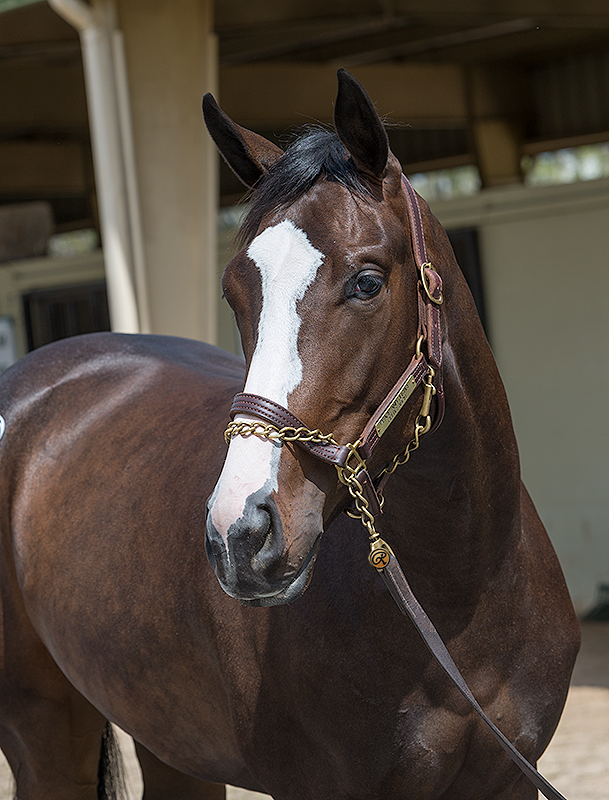