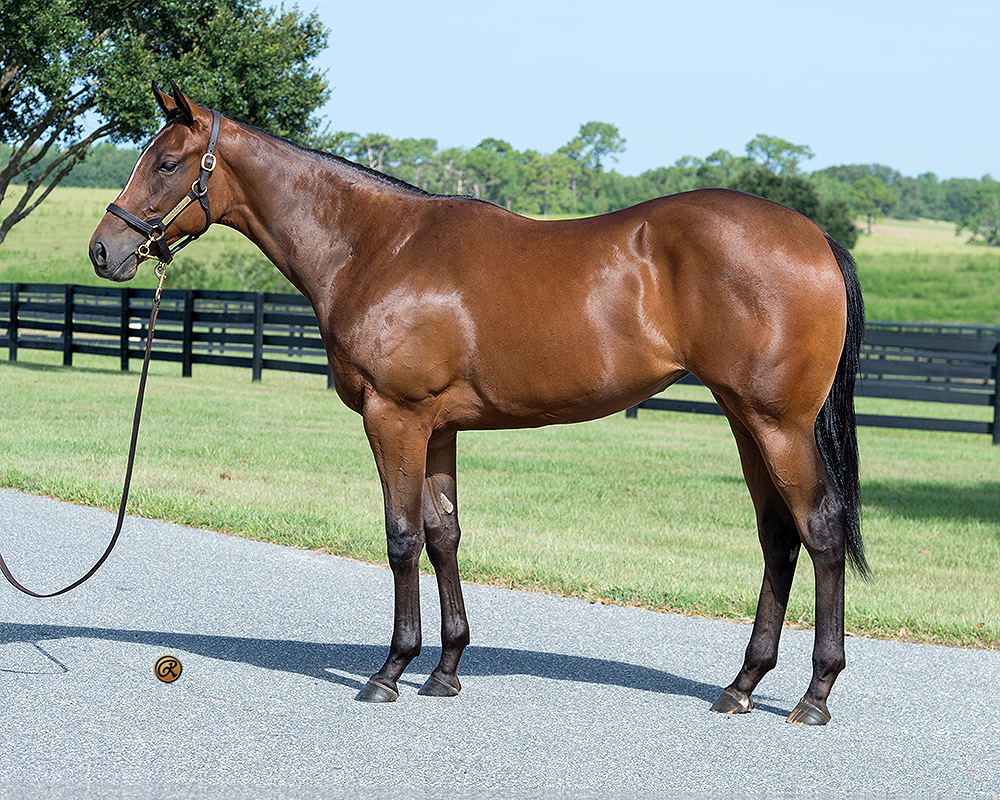 “…a beautiful moving thing….” says trainer Eddie Woods. Watch an October video of this filly learning her lessons in Ocala. Not only is she a smooth mover, she has a good mind to complement her mechanics.

Practical Joke is 2-for-2 delivering precocious, fast-advancing young horses for West Point Thoroughbreds, and our buying team was drawn to this powerful filly early in the Saratoga sale on Night 1. We were tickled to come away with her and at a price well below our projections.

Jeff Lifson said, “She is super fast looking and super powerful. We really believed, and the consignor believed that it was a steal. It was early in the sale, and he thought she would bring almost twice as much as she did.”

That almost certainly would have been the case within a matter of days when Practical Joke’s brilliant 2-year-old filly Chocolate Gelato rumbled to victory at the Spa, before following with a Grade 1 triumph in the Frizette Stakes at Aqueduct. The maiden win was exceptional to say the least, earning an 8 on the Ragozin Sheets and an incredible 2 Thoro-Graph. Anything close to that in the Breeders’ Cup would put her in the winner’s circle (last year’s Juvenile Fillies winner ran an 11 Rag and 4 Thoro-Graph).

Our new filly will be trained by Christophe Clement, who excels with quick fillies and is coming off another red-hot meet at Saratoga.

Practical Joke was a two-time Grade 1 winner at 2 and came back to capture the Grade 1 Allen Jerkens at the Spa as a 3-year-old. His son Wit followed in his footsteps as an early standout at 2 last season, winning the Grade 3 Sanford at Saratoga, and he has kept on going as a 3-year-old, winning the Bay Shore this spring at Aqueduct.

From this class of 2-year-olds, West Point has two Practical Joke colts, and they are both off and running: Perfect Prank broke his maiden last Saturday, and Pure Fire hit the board in a stakes race at Santa Anita in his very first start and is now pointing for a trip to New York for the $200,000 Funny Cide later this month at Saratoga.

Watch David and the buying team talk about the filly in our Keeneland September post-sale webinar:

She is super fast looking and super powerful. We really believed and the consignor believed that it was a steal. It was early in the sale and he thought she would bring almost twice as much she did 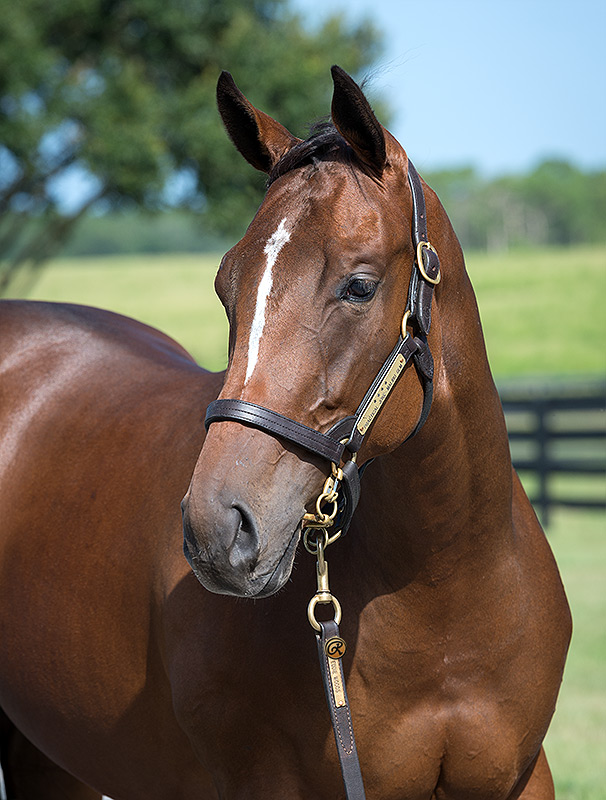