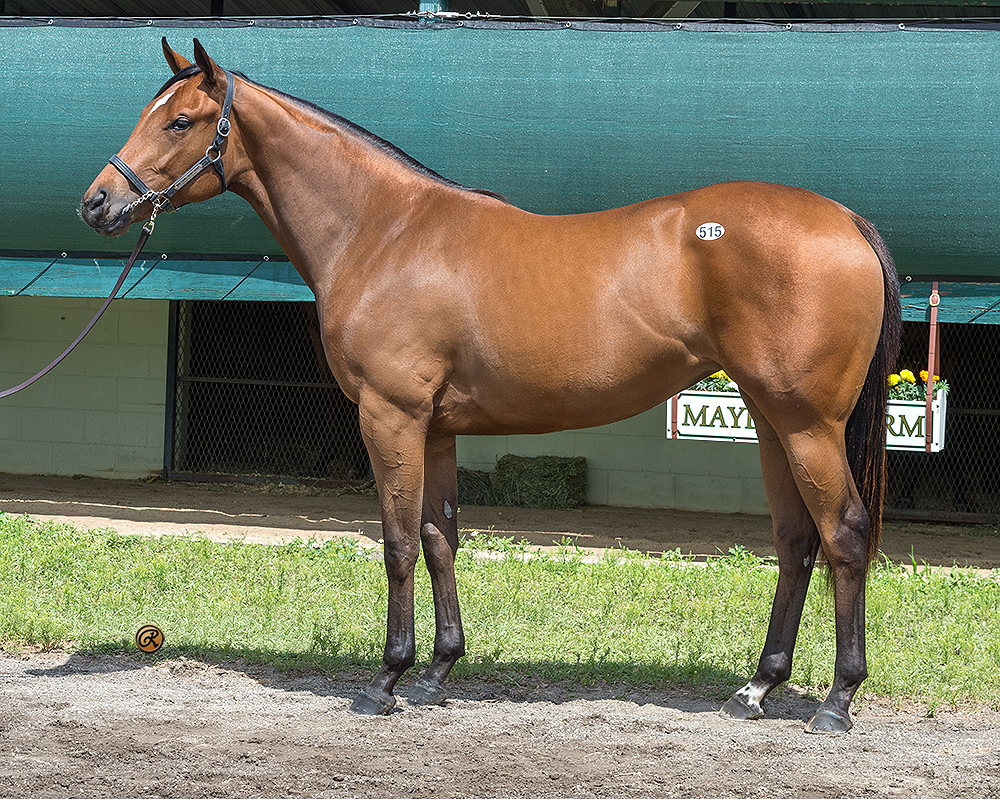 A freak paddock accident earlier this year allowed us to pick up a regally-bred filly at an exceptional price. The filly required a few stitches in her chest area that healed beautifully. BUT, fitness-wise she was several works behind her peers heading into the OBS April Sale. Many buyers skipped over her because she wasn’t the “finished product.” But we know the team at Mayberry Farm has loved her all winter, and we took our crystal ball and looked into the future. And what we see is a May foal who will do nothing but improve. If she gets a sliver of black type, she’ll be a valuable broodmare prospect.

War Front needs no introduction. A sire who has highly influenced the breed, he’s the #1 North American sire by percentage of grade one winners. His top performers include War of Will, Declaration of War, Omaha Beach, U S Navy Flag, and The Factor.

The filly’s dam by Henny Hughes was a stone-cold runner who finished second in a Grade 3 at Churchill and earned over 250k. Like mother, like daughter, Henny Jenney also came through the Mayberry Farm consignment at OBS April, and had the exact same breeze time.

“Watch the breeze,” said David Ingordo. “What she did was all on her own because she’s really not that fit. Once she’s fit she’s going to blow socks off. Her stride is massive, over a foot above average.”

Terry Finley: “The turf program in the United States has just taken off, and she’s the type who could be competing in the series of grade 1 races for three-year-old fillies in New York next year.”

Watch the breeze. What she did was all on her own because she’s really not that fit. Once she’s fit she’s going to blow socks off. Her stride is massive, over a foot above average. 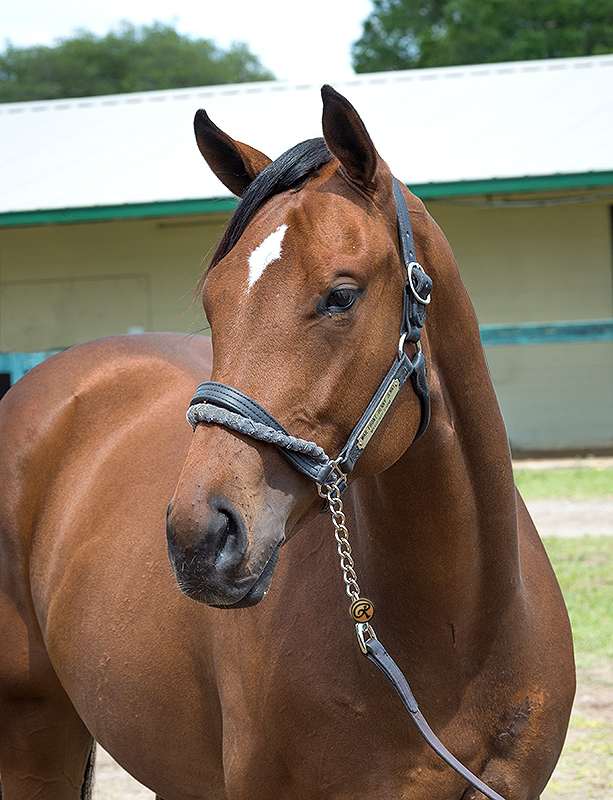