Ragozin Sheets are a valuable tool when it comes to racehorse management. Are they the only thing that goes into race selection? Of course not.

There is no substitute for good horsemanship and managers cannot suffer from “paralysis by analysis” with the numbers, but these accurate performance ratings play a huge role in the “science” of managing racehorses.

These statistical charts were created over 50 years ago to better handicap races, and are now used frequently by major owners and trainers.

The numbers generally range from zero to the forties. The lower the figure the better the race. The numbers measure how far away from a championship rating (zero) this

horse was on this day.

A one point difference in a Ragozin number generally equates to a one to two length gap between finishers. In some instances, the winner can earn a higher number than the horses behind him due to circumstances such as missing the break, being caught very wide, etc.

Over time, the Ragozin numbers have shown that horses who run extremely well in Triple Crown races during the Triple Crown almost never get back to their peak ability.

A horse’s most recent race is the highest up in the furthest right column. Twilight Eclipse ran a 7- in the Sword Dancer.

The left column shows his 3-year-old races. He ran a 14- in his first career start. 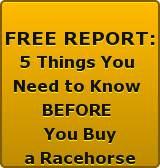