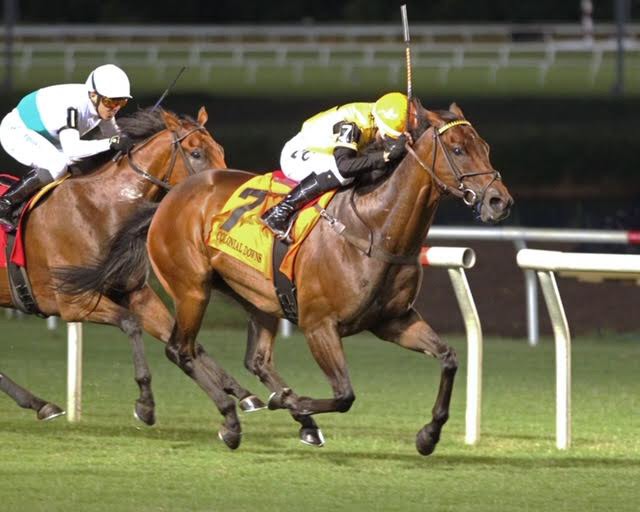 We wanted to cover a type of race that by its nature can be a bit of confusing. When you throw in the possibility of someone claiming your horse in the process, it is an important topic to unpack and, hopefully, explain in case there’s any confusion.

Eligibility is the tricky part, because it is not the same on both sides of the equation.

Until recently, say 20 years ago, this was mostly separate territory. You would have an allowance race, with the conditions based on a horse’s number of wins or on earnings. And then there were the different levels of claiming races.

Now, most of the tracks we compete at rely on this hybrid, mixing the two types of races.

The simple answer is to fill races. Racing secretaries are always looking for bigger and more competitive fields, to drive wagering handle.

Allowance races can be tough to fill, especially when you get into the second and third allowance conditions. Optional Claiming races are like an Allowance race with a special invitation for Claiming horses.

For instance, we are pointing Scholar Athlete for an allowance/optional claiming race on the turf at Tampa Bay Downs later this month, with Scholar Athlete available for the claiming price of $62,500. That doesn’t mean that we arbitrarily exposed him to the claim — he could not be protected in the race and has to run for the tag in order to compete.

This is where things can get murky, so let’s take a look at the conditions and break it down:

From an allowance standpoint, this is a “three other than,” the third allowance condition after a horse breaks his or her maiden.

So let’s break that down just a little bit.

If a horse broke their maiden then wins two stakes races are they eligible? Yes…since they haven’t won four races.

A horse who broke their maiden and won three allowance races including a win in 2019 (like Scholar) — not eligible….unless they run for the tag.

Now back to Scholar’s race. Why does he not fall under the allowance provisions?

Because he has seven career wins. This 6-year-old has not been eligible for the third allowance condition since his fourth career win in December 2017. Once you win a first, second or third level allowance, you can’t come back and run in it again, UNLESS you are in for tag…that’s why it’s OPTIONAL for you to run. Of course there are some allowance races with weird or unique conditions…but for the sake for explanation, let’s stick to a traditional allowance with an optional tag.

Racing for a claiming price in this type of race has extended his career as he gets to run against the caliber of horses he’s already beaten. He is competitive at this level—he won a similar race in August at Colonial Downs, he is healthy and trains with the same vigor he did earlier in his career. He is an admirable racehorse, and it has been a joy to let him go out and do his job at ages 2, 3, 4, 5 and 6, winning at least one race in every season.

But we are certainly not entering Scholar Athlete for a claiming price in the hopes that he will be claimed. Quite the opposite, it is simply the best way to allow him to run at a level where he has performed consistently well. That is a potent formula, when you can find a horse’s level of ability and keep them there as long as they remain capable.

These are a few examples and there are many others in our stable or that you may have run across. Know this, we always welcome questions, whether it is an email or if you care to post something on Chatter. Please don’t hesitate to reach out, we’re all learning every day we are exposed to this great game, that is one of the best aspects of horse racing. You can always learn something new.