Want to take a ride on a Breeders’ Cup horse?

Want to take a ride on a Breeders’ Cup horse? You’ll get a real sense of what it’s like if you watch this video of Rock Me Baby’s final prep for the $1,000,000 Breeder’s Cup Turf Sprint (G1).

Listen in behind the scenes in the barn as trainer Craig Dollase gives workout instructions to jockey Joe Talamo. Check out the horse’s ears as he picks up speed leading into the work, keenly attuned to the subtle cues Joe provides, telling him it’s time to roll! The meat of the video begins at the 0:33 mark.

West Point Thoroughbreds Rock Me Baby completed his final race preparations at Hollywood Park on October 30th. He worked three furlongs in 36:60 earning the rare west coast notation of breezing, which means he did it effortlessly. Rocky is ready to contest the Breeders’ Cup. Watch his race Saturday, November 2nd on NBC Sports Network coverage at 2:05 p.m. PT.

If the Breeders’ Cup has you thinking about racehorse ownership, click the button below, provide your name and email address, and we’ll give you a free article on the 5 things you need to know before you buy a racehorse. Whether you are interested in competing at the highest levels or claiming a horse at you local track, the information is invaluable to anyone interested in getting into this great game. 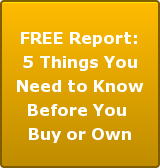