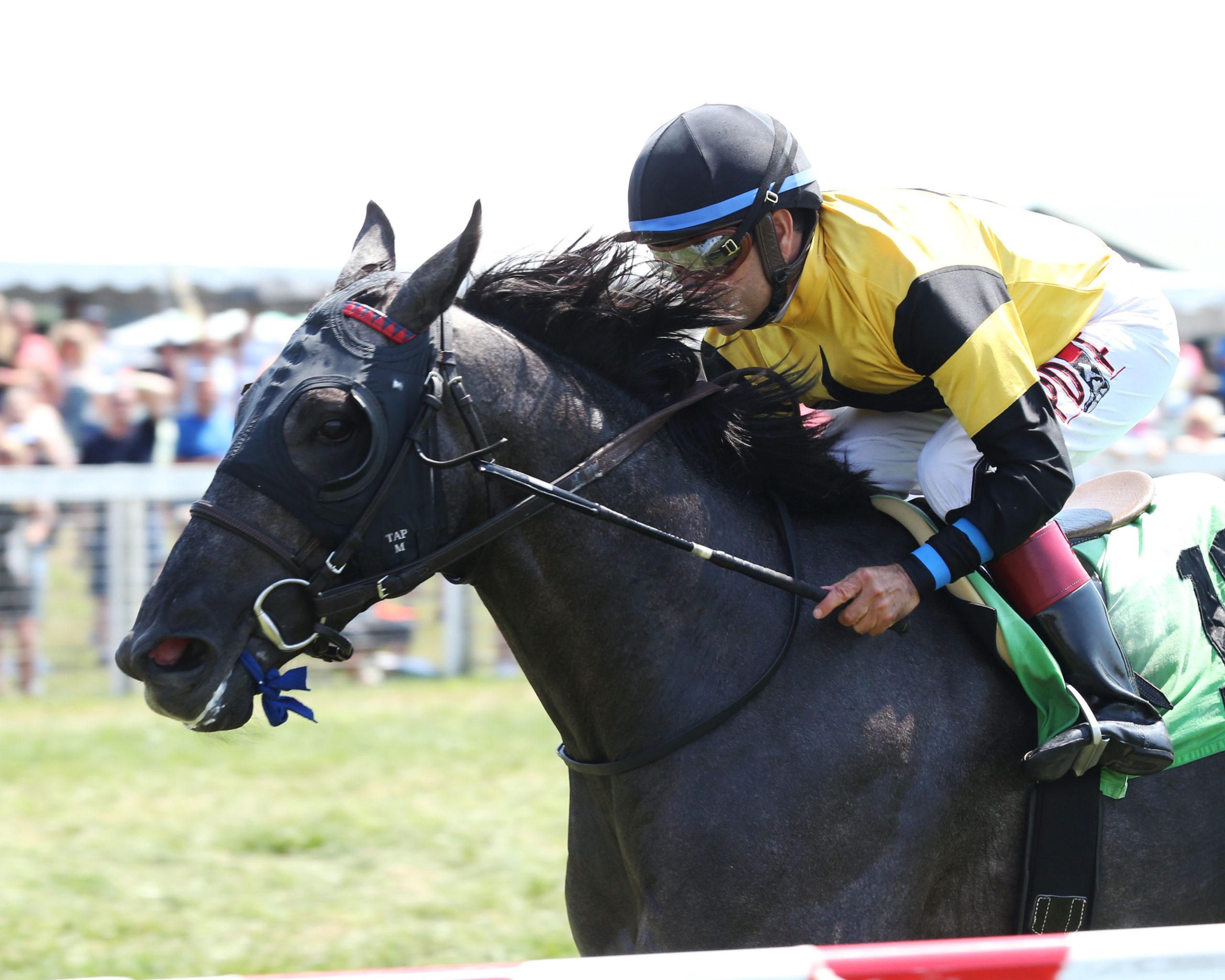 A little patience can really pay off with two-year-olds, as Kid Mercury showed us once again in winning at Kentucky Downs yesterday in his second career start and earning a shot at a Breeders’ Cup prep race.

Kid Mercury looked like a colt with loads of promise when we came across him about six months ago at the OBS March sale. As he approached a debut race this summer, he went through an awkward stage, like a puppy growing into his paws. Trainer Graham Motion wisely adjusted his schedule just a bit, trying not to throw too much at the steel gray colt too soon.

When Kid Mercury began his career at Monmouth Park last month, he was still very green–Motion figured he would learn more from a race than he would by continuing to train away in the mornings. He did receive a thorough education: slow out of the starting gate, he got caught wide but managed to flash some talent with a strong drive from the back of the field to finish fourth.

There was no dawdling at Kentucky Downs yesterday: this time Kid Mercury was sharp out of the gate and settled into a perfect stalking trip over the distinct turf course with up and down undulations that tend to reward horses blessed with a combination of stamina and athleticism. Kid Mercury looks to have both of those attributes in spades, as he took control at the top of the stretch and kicked away to victory, crossing the wire a length in front, and proving a handful for jockey Joe Bravo trying to pull him up afterward.

Kid Mercury will move on to one of the big prep races for the Grade 1 Breeders’ Cup Juvenile Turf, which will be contested in early November at Santa Anita Park. We hope to wrap up a spot in that same BC race this weekend with Decorated Invader, who will be one of the favorites in the Grade 1 Summer Stakes on Sunday at Woodbine.

Two exciting colts in the same division? We’ll take it!