/ Back to Notable Horses / Twilight Eclipse

Purchased privately by WPT in 2012 following wins in his first two starts at Indiana Downs, Twilight Eclipse ran credibly in three stakes races before breaking through and winning the W.L. McKnight Handicap at Calder Racecourse in November 2012. Early in his 4-year-old season, he set a WORLD RECORD (2:22.63) for 1 1/2 miles on the turf in the Pan American Stakes (G2) at Gulfstream Park before going on to win the McKnight (G3) for the second year in a row.

His biggest win came in the $400,000 Man O’War Stakes (G1) in May of 2015 at Belmont Park. He competed in the Breeders’ Cup Turf four consecutive years, finishing third in 2014 behind Main Sequence and Flintshire.

Twilight Eclipse retired sound in the spring of 2018 and began a second career in eventing with West Point racing manager Erin Birkenhauer. 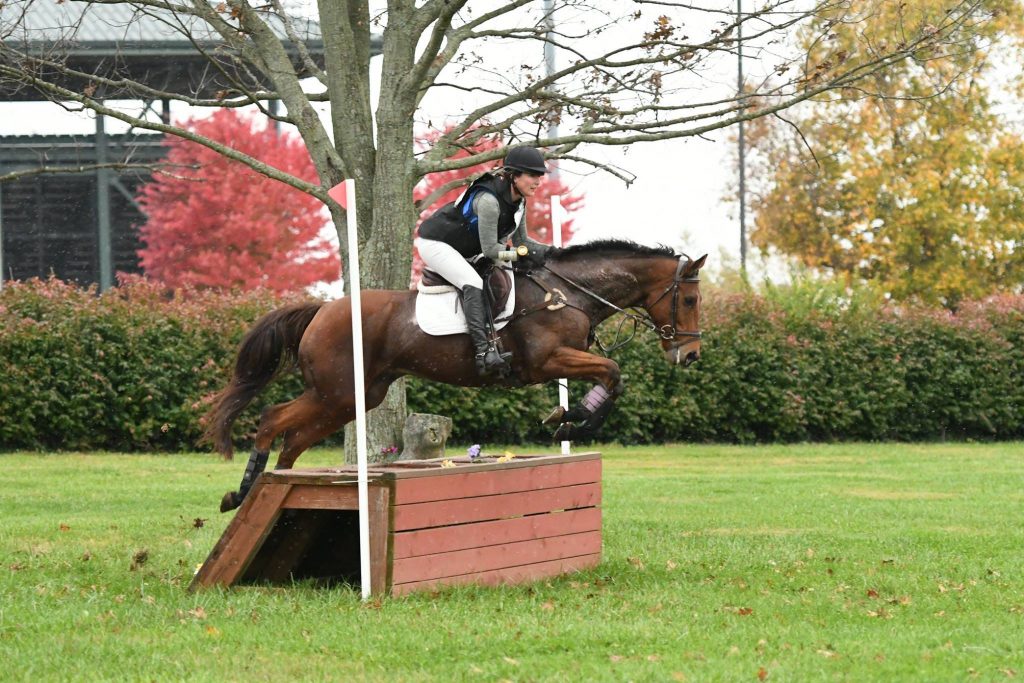