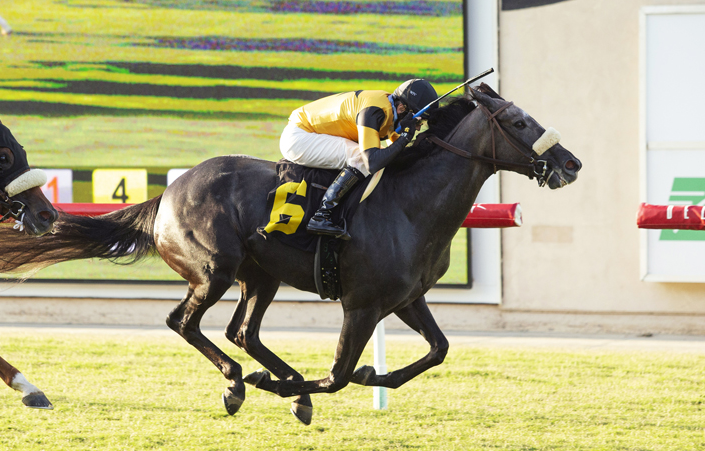 When are we running? That’s probably the most popular question any Thoroughbred racing manager or trainer is asked. While the question is rather simple, the answer is not always as easy. Why? Well, owners and trainers are really at the mercy of the track’s racing secretary, the person who writes the condition book, also known as the holy grail of racetrack information. Ah, the condition book. Two words that both bring both joy and frustration.

The condition book is the schedule of races for a given track during a certain period of time, usually a few weeks or a month. It is this schedule that provides a framework for trainers to develop the training regimens for their horses for this time period. While this seems straightforward, there are a number of factors that can change the timing of races. You see, just because a race is in the condition book doesn’t mean that enough horses will enter the race to warrant it being used. That is why you’ll see substitute races in the book as well. These are races that also get entries and can be used in place of another race on the card. Fortunately, stakes schedules are typically published weeks or months ahead of time, so with certain horses planning ahead is much easier.

To further complicate things, the racing secretary can also write extra races. These little gems are substitute races that trainers are given pretty short notice about. Normally, these are races that trainers have lobbied for and races the racing secretary believes have a good chance to fill.  Good racing secretaries know which horses are on their grounds and what conditions they are eligible for. Their goal is to write competitive races with full fields of horses. Astute trainers are always checking the overnights to see if a suitable race pops up for one of their horses. Thus, a horse may not be pointing for any particular race one day, but then all of a sudden have an imminent race target the next day.

So, when you look at our upcoming races and see horses pointing for certain spots, just like that you’ll see that the plans have changed one way or another. When races do not fill or an extra race comes up, the best-laid plans can change in a heartbeat and it can take some creative and even out of the box thinking to get a horse into an ideal race. The uncertainty can be frustrating for everyone, especially when horses are ready to run and a race does not fill and also when owners make travel plans in anticipation of running on a certain day.

It would all be so easy if all horses were created equal, but they’re not. Therefore, you have to look for races that fit your horse. A summary of the most frequently discussed types of races.

Maiden Special Weight – We like to call these the training wheel races. These are for horses that have never won a race, and a horse is not eligible to run in them after they have visited the winner’s circle. They are written for certain ages and genders. Males cannot run in races restricted to fillies and mares, but female horses can run against the boys – this is generally the case in all levels of races.

Maiden Claiming or Claiming Race – Maiden claiming races are for horses who have never won and are eligible to be claimed, or bought for a designated dollar amount.

About 70% of all races in North America are claiming races, and they are written at a variety of levels. You’ll often see “conditioned” claiming races, where the horse must fit certain criteria in order to be eligible. For example, a common race is a 25k “non winners of two” lifetime claimer. This means every horse in the field has only won one (or technically 0) race(s). A 25k “non winners of three” race is only open to horses who have won two or fewer races. The claiming price a horse runs for is at the discretion of the owner and trainer.

Once a horse goes through the conditioned claiming ranks (some tracks go up to “non winners of four”, but those races are rare), they can either step up into the allowance ranks or run in “open” claiming races where there are no performance limitations in the conditions.

Claiming horses are those runners that aren’t quite fast enough to compete at higher levels, so these races are written to allow similar types of horses to compete against one another. To maintain as even of a playing field as possible, a risk-reward situation is created. Running a horse in a claiming race often provides class relief, which can lead to a reward (wins, confidence-building), but the risk is that the horse is claimed. This essentially creates a checks and balances system as wagering on horse racing would not be viable if one horse was supremely dominant over every other horse in a race. Good trainers will place their horses at the appropriate levels knowing that this is a sport where success is always based on the ability to withstand a level of risk.

Starter Allowances – These races are intermediate steps between claiming races and allowance races. A horse cannot be claimed out of a starter allowance, but in order to be eligible for this type of race, they must have run for a claiming price previously at or below a certain level based on the conditions of the starter allowance race.

Allowance Races – Horses who break their maiden and do not need to run in claiming races to be competitive will generally start off in allowance races. Many of these races also have certain conditions that must be met in order for a horse to be eligible.

One of the most common racing terms when speaking about allowance races is “other than”, a shortened version of the full race restriction. For example, an “a other than” or “one other than” is for a horse who has broken their maiden but has not won any other race except for a maiden, claimer, or starter allowance. This means a horse can break their maiden, and technically win an unlimited number of claiming races, and still be eligible for an “a other than” or first-level allowance. However, once a horses wins their first allowance race, they are no longer eligible for that condition. See the exceptions to this below under “optional claiming races”.

Optional Claiming Races – Many allowance races these days are also written with optional claiming clauses. This allows for horses who have already won an allowance race and have possibly run out of conditions to come back and compete at the same level. However, if they’ve already burned a certain condition, they must run for a claiming tag to run in the same race again.

On the flip side, a trainer may enter a horse for the claiming tag a certain level knowing that if they win and don’t get claimed, they can come back and run in the same exact race under the allowance condition. Sometimes these races can be tricky because they can attract young, inexperienced horses who are trying to work their way up the ladder, and also older, salty veterans who have won a number of races and are in for the claiming tag.

Stakes Races – These are the races we all dream of. They are also the easiest to plan for since stakes schedules are published well in advance of the races. There are generally fees to nominate to and to run in stakes races and the fees can range from nominal to more than tens of thousands of dollars for races like the Kentucky Derby or Breeders’ Cup.

There are several levels of stakes races. The most prestigious are the Grade 1 races like the three jewels of the Triple Crown and the Breeders’ Cup World Championships.

The other level of graded stakes are Grade 2s and Grade 3s. These races often have some excellent horses but do not have the purse, prestige, history, or depth of top horses in their races.

A committee assigns races their grades at the end of each year for the next year, so races can improve or be downgraded. There are also non-graded stakes races which usually feature slightly less accomplished horses, and they generally run for purses of less than $100,000. Oftentimes these are referred to as “overnight stakes” or “listed stakes”.

In a handicap, the racing Secretary or track handicapper assigns weight based upon past performances with the goal of giving each horse an equal chance to win the race.

So, there you have it, a crash course on condition books and race types. If you’re looking for more advanced information on this, go ahead and hop into the condition books on Equibase.