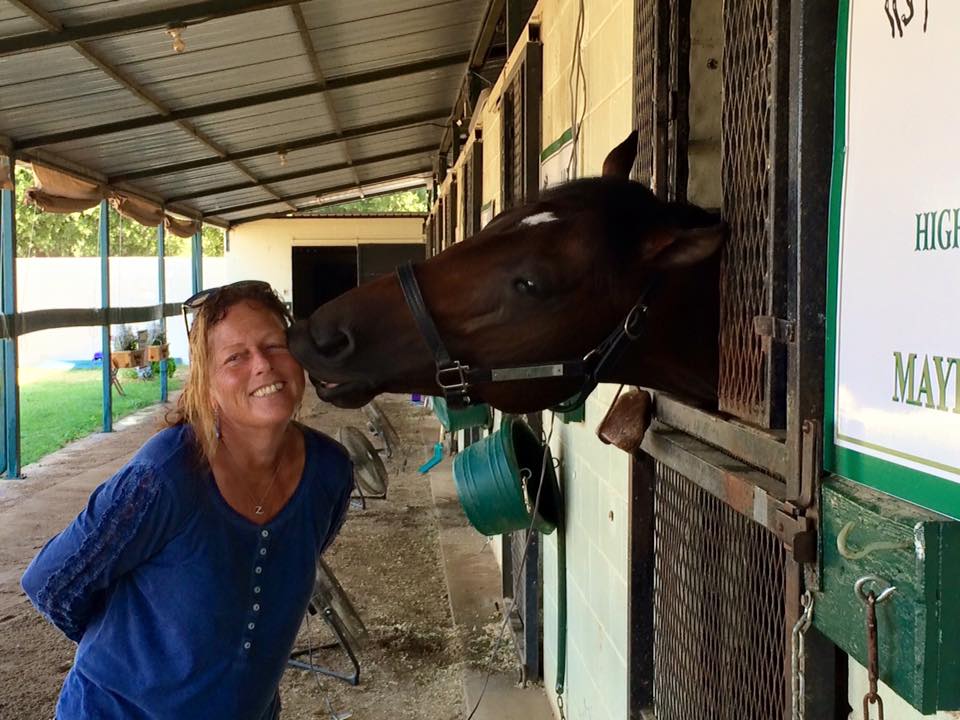 The horse racing pedigree for the Mayberry family is incredibly deep: April is a fourth-generation trainer from both sides of her family. She and her mother, Jeanne, and sister, Summer, operate Mayberry Farm in Ocala.

April grew up in and around her parents’ stable and hung out her own shingle at the racetrack in the 1980s and 1990s, while also working closely with Bob Baffert, who housed his first two Kentucky Derby winners Silver Charm and Real Quiet in her barn at Churchill Downs.

The Mayberrys shifted their focus to Ocala in the early 2000s, launching the farm to provide the breaking and early training for their clients’ horses. The Mayberrys also scout talent at the sales. In both those roles April Mayberry was a part of the success of the legendary Zenyatta.

Flightline learned the ropes there in 2019 and early 2020 as a springboard to his meteoric success with trainer John Sadler in California.