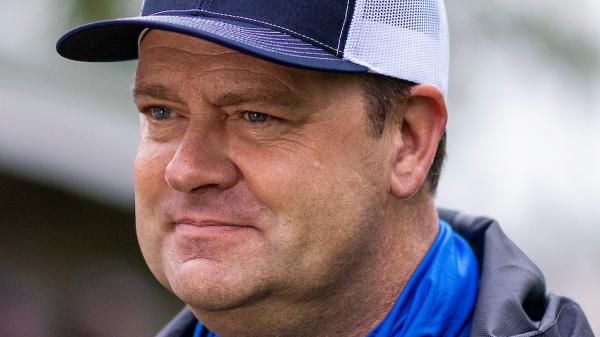 Doug O’Neill nearly pulled off the rare feat of three Kentucky Derby wins in a decade. He guided I’ll Have Another (2012) and Nyquist (2016) to the roses and came up just shy in 2021 with Hot Rod Charlie, who checked in third across the wire, beaten a length.

Hot Rod Charlie also just missed in the Breeders’ Cup Juvenile at 2 and went on to capture the $1-million Louisiana Derby.

O’Neill has been a leading trainer in Southern California for more than two decades and first stepped onto the national spotlight with Hall of Famer Lava Man. Doug scored Breeders’ Cup wins in the Juvenile with Stevie Wonderboy and Nyquist, the Sprint with Thor’s Echo, the Filly and Mare Sprint with Maryfield and the Dirt Mile with Goldencents.