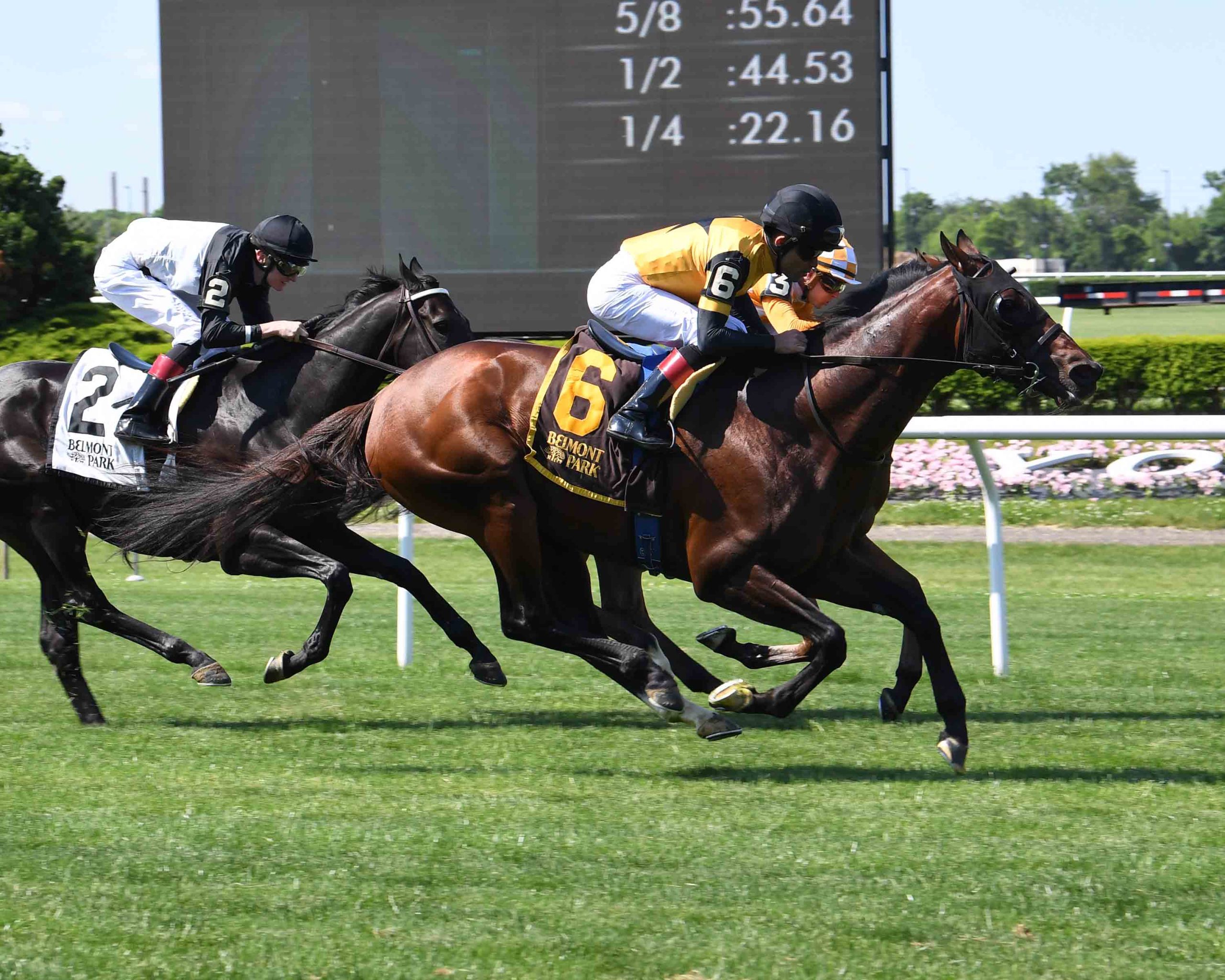 A highlight reel performance as Voodoo Zip and Joel Rosario turned on the turbo boosters in the final eighth of a mile to nail a perfectly-timed victory on the grass at Belmont on Sunday. According to Trakus data, the 5-year-old horse covered the final quarter mile in a blazing 21.90 and the last eighth in 10.99.

“Just like we drew it up, easy peasy,” laughed Rosario after the winner’s circle photo.

Voodoo Zip made a full rebound after finishing out of the top three for the only time in his career April 22 at Gulfstream in his first race of the year. He now owns four wins in 14 starts and $270,390 in earnings. DRF article on Sunday’s win.

An end of summer goal is one of the $1-million races at Kentucky Downs in September going either six furlongs or a mile.