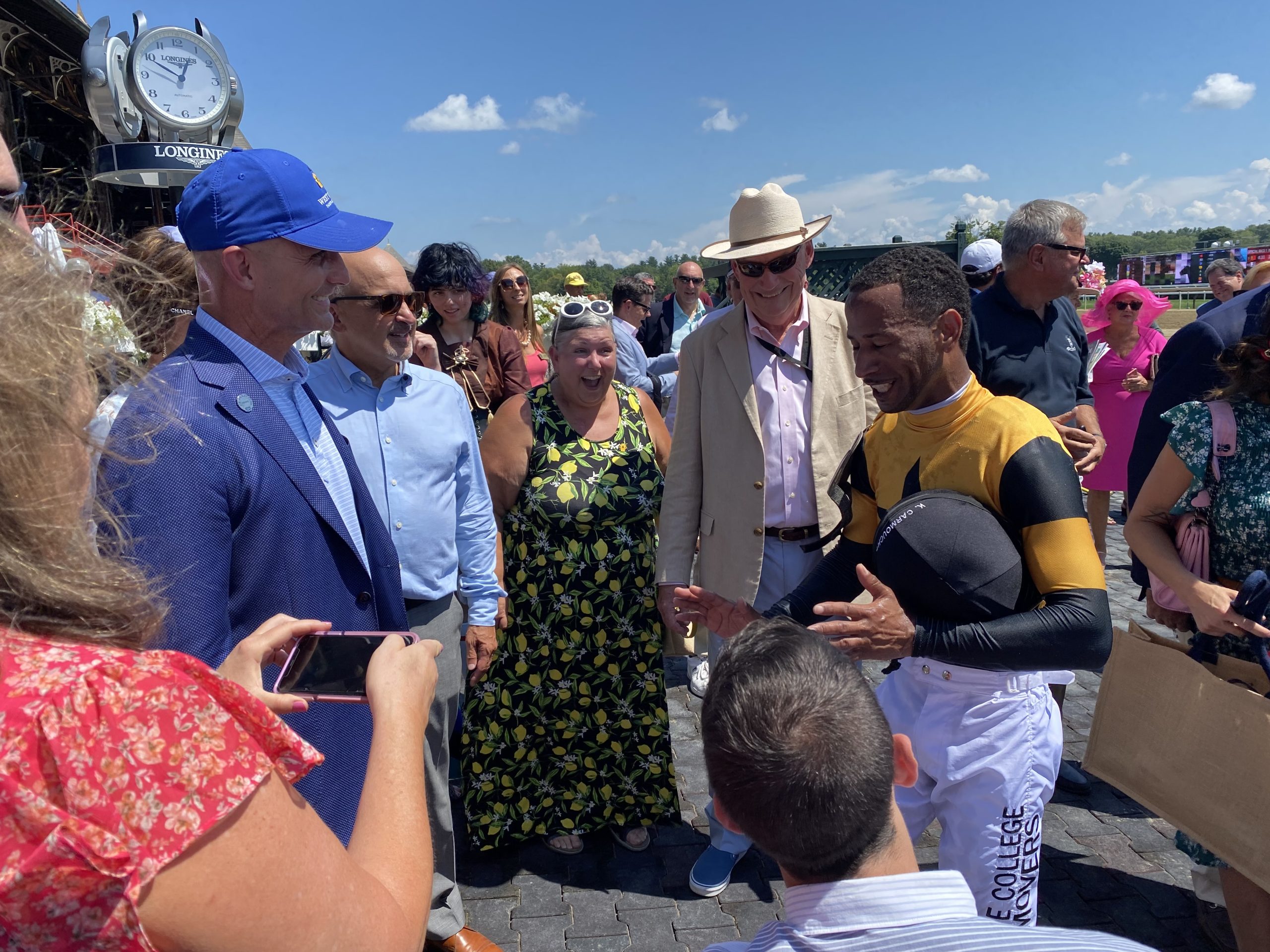 In the winner's circle with Battle of Normandy and jockey Kendrick Carmouche at Saratoga.

The West Point Thoroughbreds 2-year-old class kicked into high gear on Saturday as Battle of Normandy, Jace’s Road and Perfect Prank stormed into the winner’s circle.

Battle of Normandy saluted in his unveiling at Saratoga, driving clear in the stretch for jockey Kendrick Carmouche and Hall of Fame trainer Shug McGaughey. The win came almost exactly a year since West Point and Woodford Racing joined forces to acquire the bay son of young sire City of Light at the Fasig-Tipton Saratoga select yearling sale.

A fourth 2-year-old winner was in sight at Del Mar with the first-time starter Hawker, but he came up a neck short in a game effort for jockey Tyler Baze and trainer John Sadler.

BloodHorse Story on Battle of Normandy