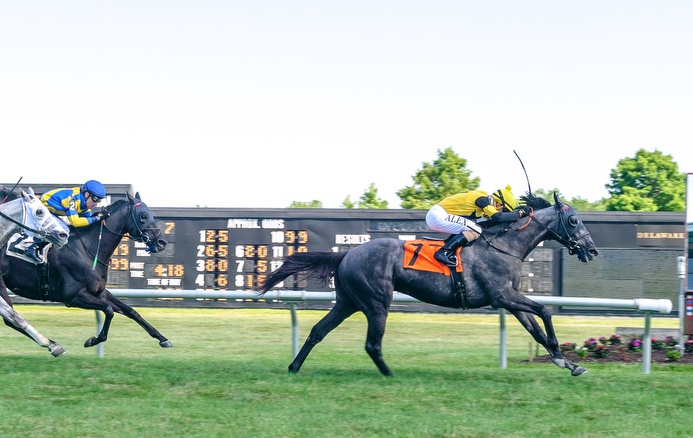 Kid Mercury stepped up in trip and snagged his first win of the year Monday on the turf at Delaware Park, extending a nice streak for West Point Thoroughbreds with our fourth win in four days, each coming at a different track.

WPT scored with Causforcelebration on Friday at Laurel, with Resarcio on Saturday at Del Mar, with Desbordes on Sunday at Belmont Park, leading up to Kid Mercury’s race Monday.

“I don’t think we’ve ever won a race 4 days in a row, what a great way to lead us into Saratoga,” said CEO Terry Finley, with Chestertown to represent the black and gold in the Grade 3 Peter Pan Stakes on Thursday’s opening-day card at Saratoga.

Kid Mercury rallied strongly through the stretch to win going away in his first try at 11 furlongs. Alex Cintron rode him for trainer Graham Motion.