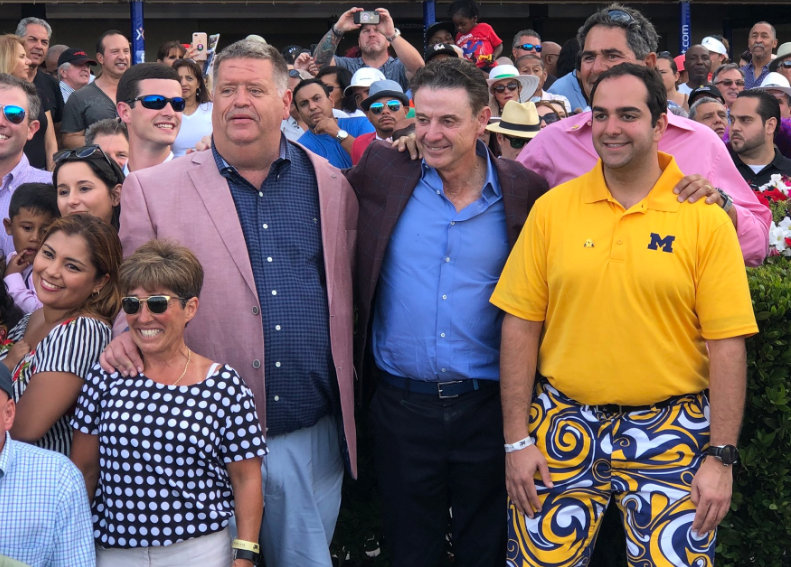 This is the first in a series of features looking at an indelible characteristic of so many facets of horse racing: it is a true family business.

We start with trainer Dale Romans, the all-time leading trainer by career victories at Churchill Downs. Horse racing has been a family endeavor for Dale his entire life–his father, Jerry, was a fixture on the Kentucky circuit and occupied the same Barn 4 at Churchill that has been the central hub of Dale’s career. His first win came at age 18 in a $5,000 claimer in 1987. Two years later, he met Tammy Fox. She is his life partner and also a key part of his training operation. .

Tammy likewise is a second-generation horsewoman. Her father, Billy Fox Sr., was a jockey and trainer. She and her brother, Billy Jr., followed in his footsteps and became jockeys as well.

“We have photos of her on the track learning in the morning at Fair Grounds at age 12,” Dale said.

Dale and Tammy had two children along the way and their son, Jake, is now a jockey agent, currently representing Oaklawn Park’s leading rider, Joe Talamo.

“One of the best things about being in racing is that you can do it with family,” Dale said. “It’s all I’ve ever known, having your family right there doing it with you, during the morning around the barn and in the afternoon at the races.

“Tammy and I both grew up with it so we naturally have our roles in making it work. It’s not like having a restaurant where you can be stepping on each other’s toes all the time. Tammy rides them and I strategize and schedule, fix problems. Jake chimes in from the agent’s side of things, helping to find races, and our daughter Bailey is our cheerleader.“

Bailey has worked on a number of national political campaigns and also fits in time as a yoga instructor. Our own Terry Finley and Jeff Lifson have taken her classes recently.

Dale often entrusts Tammy with getting on horses for important workouts. They have their own shorthand-style feedback.

“She’ll give me a one thumb up, two thumbs up, but I can also tell by the look on her face or the way she pulls them up and goes to patting on them,” Dale said. “I can tell what she’s going to say before she says it. Her feedback means a ton. It’s completely honest. There is no filter. If you have someone who is an employee, not a family member, maybe they will filter what they say about a horse. That’s not what you want or what you need.

“And when you can celebrate a big win together as a family when you’ve been working together, man there is nothing better. It’s a really great thing.“

The Romans family is an entertaining part of the Kentucky Derby documentary The First Saturday in May.