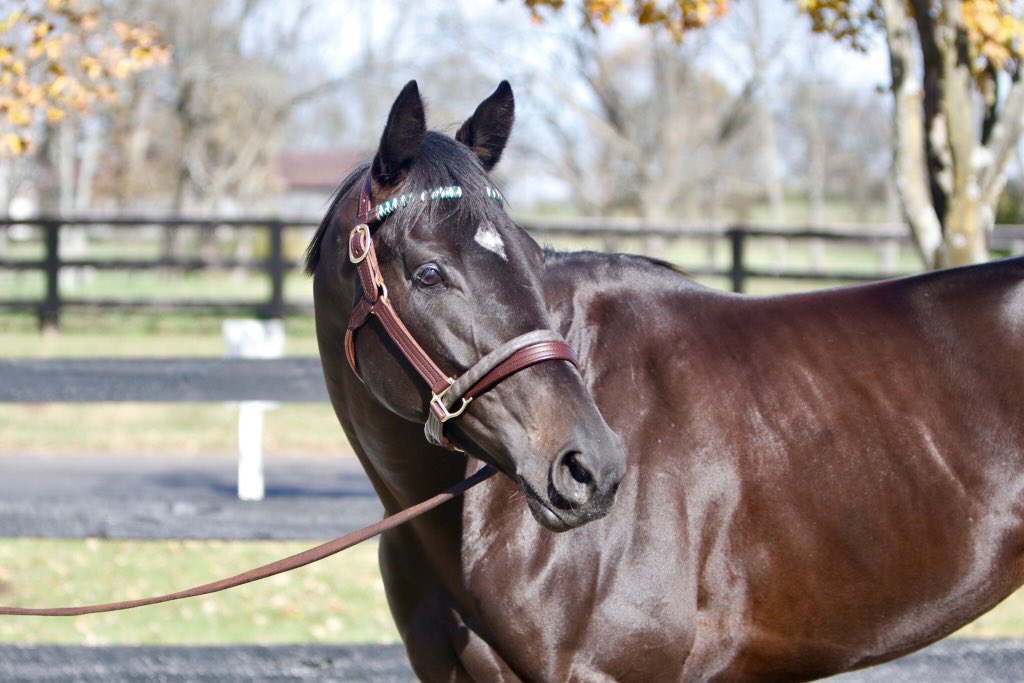 Berned at the Fasig-Tipton Sale

Out of the graded stakes-winning Giant’s Causeway mare First Passage, Berned is from the family of grade one winner Harmony Lodge and this year’s Kentucky Derby starter Magnum Moon.

We sure will miss having this sweetheart filly in the barn and wish her the best of luck in the next phase of her life. A grade three stakes winner, she carried the black and gold silks with a record of 5-4-1 from 18 starts and earnings of $438,781

Purchased at the 2015 Keeneland September Yearling Sale, Berned broke her maiden at Belmont as a 2-year-old for trainer Tom Albertrani in just her second start before missing by just half a length in the Tempted Stakes (G3).

Transferred to Graham Motion in the spring of 2017, she won her first start for the barn before finishing the year with a win in the Safely Kept Stakes at Laurel.

As a 4-year-old this year, she was third in the Barbara Fritchie Stakes (G2) before going on to win both the Serena’s Song Stakes and Molly Pitcher Stakes (G3) at Monmouth. Her career with West Point culminated with a huge effort in Saturday’s Chilukki Stakes (G2) at Churchill Downs.

“First off, I want to thank the Partners for being part of this special filly,” says West Point filly. “While we’ll certainly miss having her in the barn, the market’s hot right now, and it was a good time to sell. She ran super on Saturday night — it was so nice to see her go out in style. Many thanks to the Albertrani and Motion teams for their work with Berned during her racing career. Graded stakes fillies like her are hard to come by and we’re grateful to see her run under the black and gold.”

As Herringswell Stables’ Sue Kenny said, “There is absolutely nobody who doesn’t fall in love with this filly.  To know her is to love her!”

Berned_2178
Berned, a Keeneland September yearling purchase, went on to become a Graded stakes winner and was sold as a broodmare prospect for $825,000.