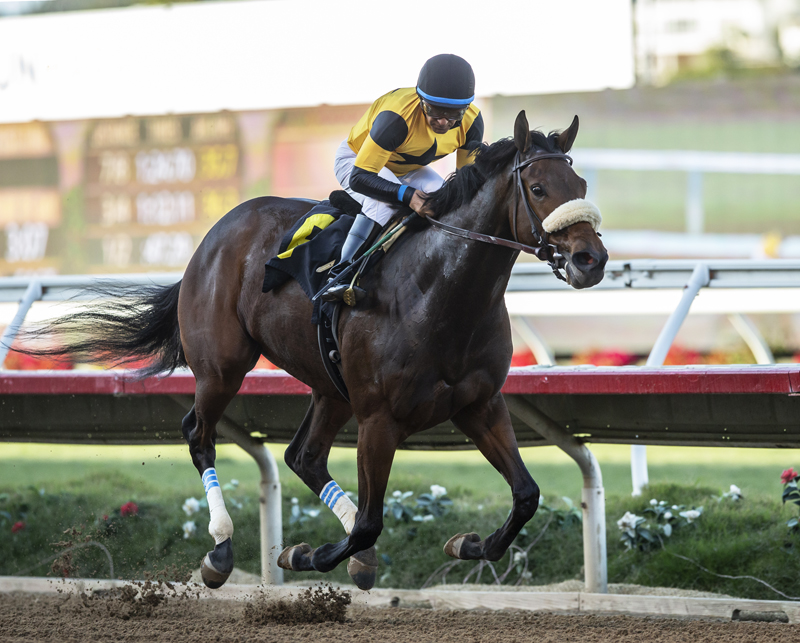 That was the description from the Del Mar track announcer as Carressa cruised through the stretch Friday to win by more than 8 lengths in a breakout performance.

Carressa is the latest filly with terrific upside to emerge from a group West Point acquired through bloodstock agent David Ingorgo two years ago to be trained by John Shirreffs.

Of course, John is best known as the trainer of the great champion Zenyatta, who despite not racing until November of her three-year-old season, went on to a legendary career with 19 wins in 20 career starts.

Recognizing John’s strength in getting into a horse’s mind and patiently bringing out its full potential, West Point entrusted him with a group of fillies. His patience has been evident, as has his terrific horsemanship, in Carressa, who got beat a total of 43 lengths in her first two starts. In race number three in August, she put it all together, drawing off to a 4-length win at Del Mar. She ran a solid second with a bit of trouble on October 6 at Santa Anita, and dominated Friday’s outing, obviously relishing a return to Del Mar.

Carressa looks to be a stakes horse in the making and that will put her alongside the West Point duo Hard Not to Love and Giza Goddess in the Shirreffs barn. Hard Not to Love has won three of her four career starts and will wrap up her season with a Grade 1 assignment in the $300,000 La Brea Stakes at Santa Anita on December 26. Giza Goddess is already a stakes winner and is primed for two Grade 1s before the end of the year: the $300,000 Matriarch Stakes on December 1 at Del Mar and the $300,000 American Oaks on December 28 at Santa Anita.

Exciting times in the Shirreffs barn!