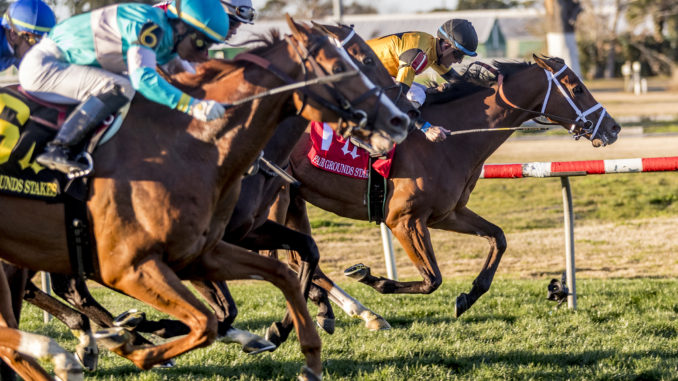 Cavalry Charge and Sequist both have Graded stakes chances among four West Point entries on the Louisiana Derby card at Fair Grounds card on Saturday.

Cavalry Charge and Brian Hernandez Jr. aim for the $300,000 Mervin Muniz Memorial (G2T), looking to double up on their big upset in the Grade 3 Fair Grounds Stakes a month ago (read more). Cavalry Charge controlled the pace and held strong in the stretch to score by a head and now owns five wins in nine starts since switching to turf for trainer Dallas Stewart.

Dallas also trains Sequist, who earned a Grade 1 placing in the Alcibiades Stakes at Keeneland last fall. She will make her second start of the year in the $400,000 Fair Grounds Oaks (G2), reuniting with jockey Junior Alvarado, her regular pilot at 2.

Earlier in the card, Vinco tackles a six-furlong maiden special weight, adding blinkers and cutting back in trip after struggling in a two-turn race on February 19. He blew a shoe early in that race.

Swot Analysis is the second also-eligible for the $75,000 Costa Rising Stakes for Louisiana-breds at 5 1/2 furlongs on the turf. He is coming off a 5 3/4-length win on the dirt on February 6 (read more). Tyler Gaffalione has the call for trainer Mark Casse.