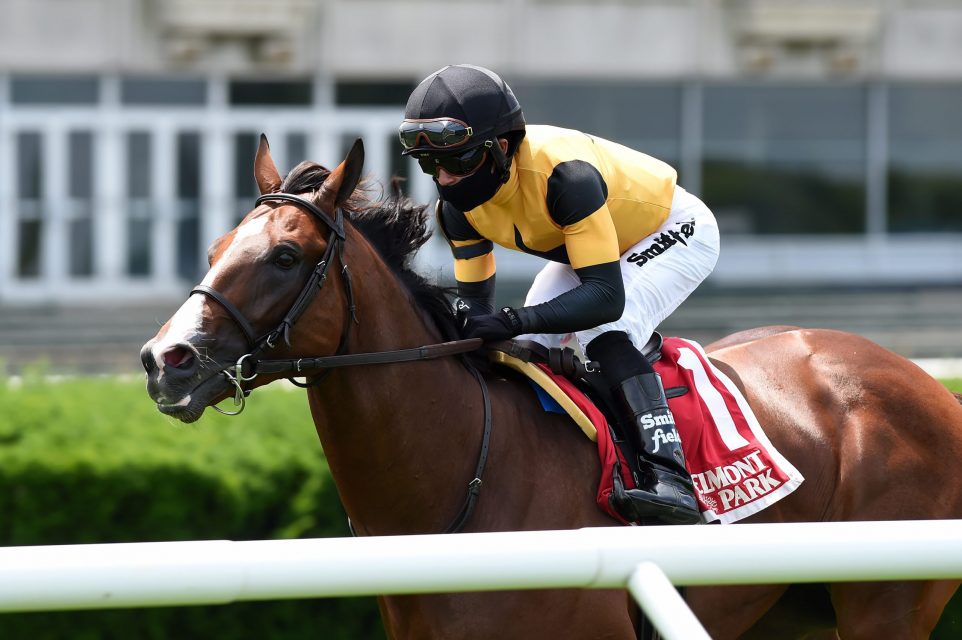 Decorated Invader put on a show on the Belmont Stakes undercard Saturday, drawing off to win the Grade 2 Pennine Ridge Stakes by 4 3/4 lengths as a prohibitive favorite.

The big 3-year-old colt registered his third stakes triumph for trainer Christophe Clement and improved to 2-for-2 in 2020.

The strategy was a little different this time as Decorated Invader and jockey Joel Rosario tracked closer to the pace, trying to keep pacesetter Proven Strategies honest in a field of six.

Turning for home, Decorated Invader braved tight quarters along the inside and surged right through to take command, under wraps in the final sixteenth in completing the mile in 1:33.66 on firm turf.

“I’ve always liked him since Day 1 and I think he’s been a tremendous horse since the beginning,” Clement said.

“He’s been a top-class horse, even last year. He was very unlucky in the Breeders’ Cup. He won a Grade 1 in Canada. He won at Gulfstream this year. He won one today and I think he’s good enough to do a mile, a mile and a quarter. I could be wrong, but I think he’ll stay.”

Decorated Invader could get a distance test soon enough in the $500,000 Saratoga Derby going 9 1/2 furlongs on August 15.

A few hours after Decorated Invader’s romp, Kanthaka put in a heroic effort in the Jaipur Stakes (G1T) off a 13-month layoff to finish second, beaten narrowly. The winner Oleksandra stopped the clock in 1:06.80, just 0.06 off the course record for six furlongs on the turf. Kanthaka, a 5-year-old son of Jimmy Creed earned a career-best 101 Beyer Speed Figure.

The Jaipur was Kanthaka’s first start since being transferred to trainer Graham Motion. Many thanks to Bruce Jackson and his team at Fair Hill Equine Therapy Center and the Motion team for getting this talented graded stakes winner back to “Saturday afternoon” races after a long layoff. It’s a true testament to their patience and horsemanship.