Dripping Gold proved to be pure platinum in his debut Saturday, drawing off to a sharp win going two turns on the turf at Saratoga.

The 2-year-old son of Lemon Drop Kid scored by 2 1/4 lengths underneath Jose Lezcano for Hall of Fame trainer Shug McGaughey. West Point bought him in the OBS March sale of 2-year-olds in training. Bruce Jackson, who works closely with Shug’s operation, played a big part in the colt’s development over the last few months at Fair Hill Training Center in Maryland.

Dripping Gold tracked just off the pace and took command at the top of the stretch, edging clear late. He will be considered for the Grade 3 With Anticipation Stakes run at 8 1/2 furlongs on the turf on September 1 at Saratoga.

The win came after a scary incident in the paddock when Dripping Gold spooked right as Shug’s assistant, Anthony Hamilton, was getting in position to give Lezcano a leg up. Anthony and Jose both went down, with Anthony requiring stitches in his face. Thankfully they both avoided serious injury and Anthony is so game he was back to work early Sunday morning even though Shug suggested he take the day off! 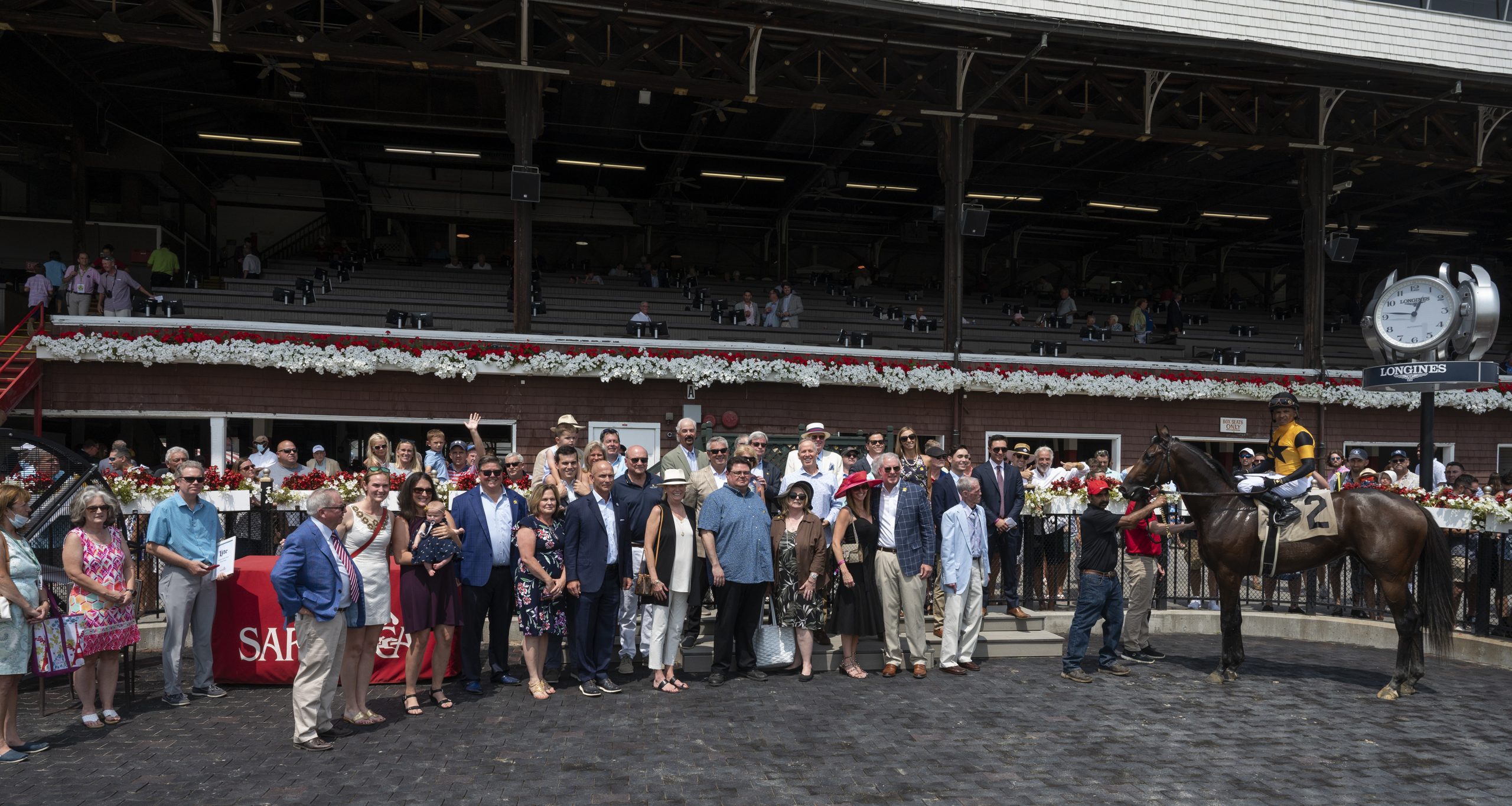