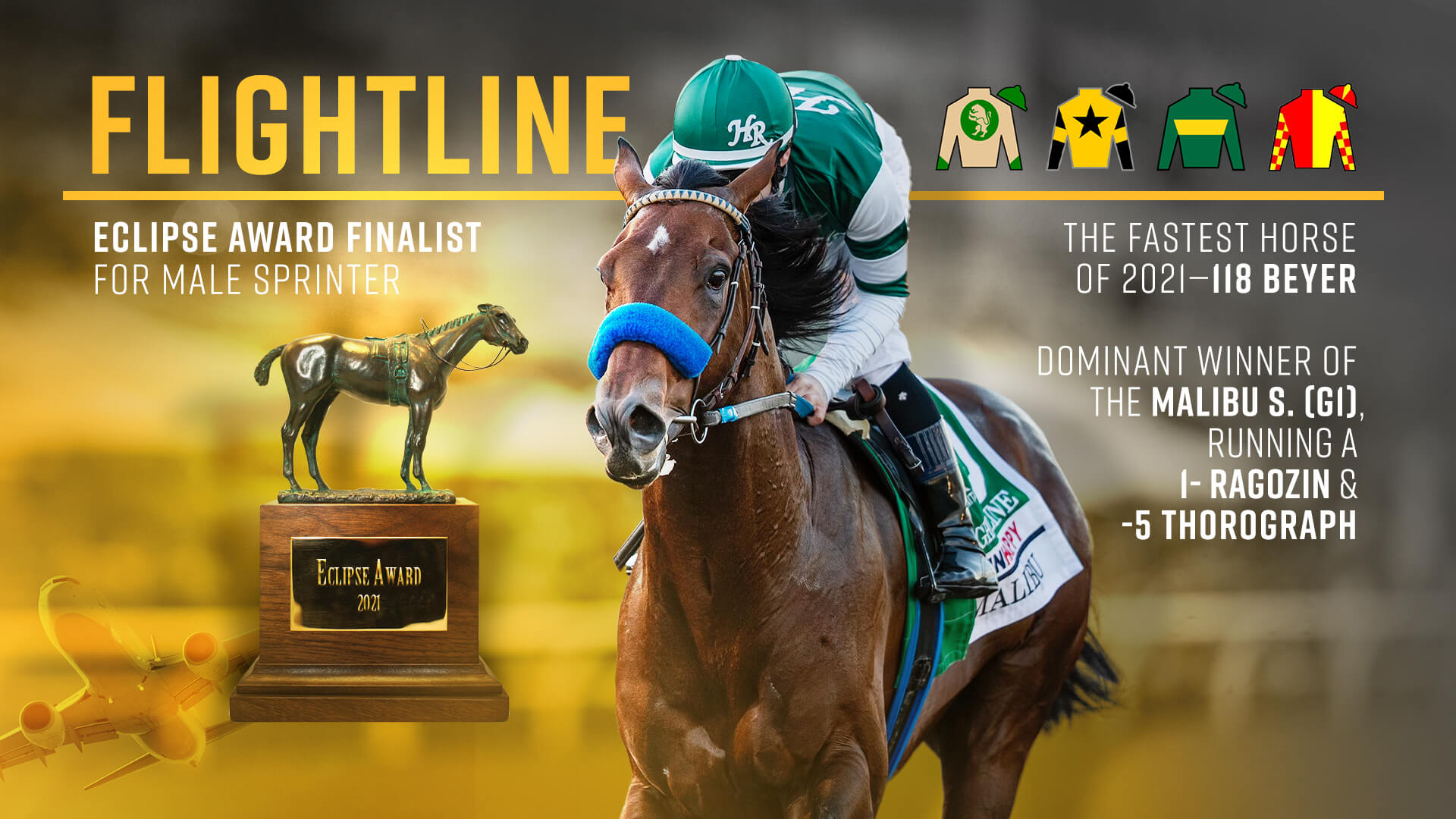 Flightline is one of three Eclipse Award finalists for champion male sprinter. He is undoubtedly the first-ever older horse to be an Eclipse finalist after just three races.

The other finalists are Aloha West, whose only stakes triumph came by a nose in the Breeders’ Cup Sprint (G1), and Jackie’s Warrior, who captured four Graded stakes during year, topped off by the Grade 1 Allen Jerkens at Saratoga.

The Eclipse Awards will be presented on February 10 at Santa Anita.

Thoroughbred Daily News: Sadler on Flightline: ‘The History is Yet to be Written’