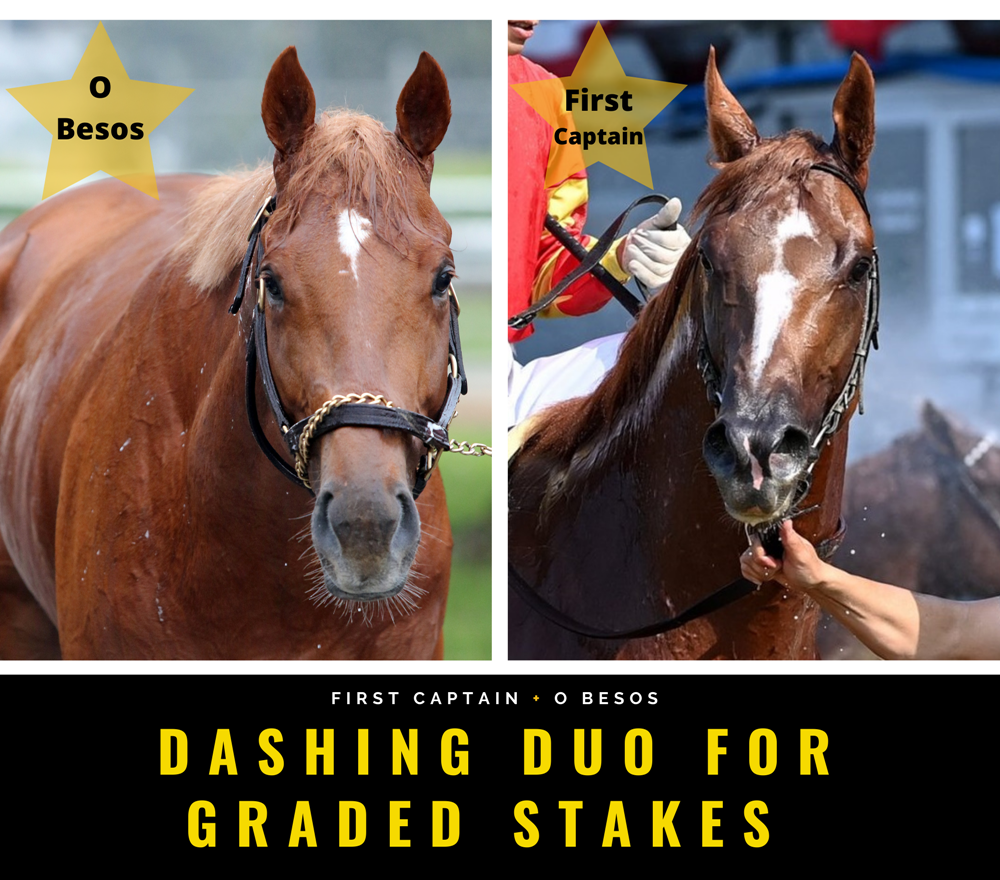 Seven furlongs, big pots and prestigious stakes will be the order of the day for First Captain and O Besos on Saturday in New York and Kentucky.

First Captain will step up to the Grade 1 level for the first time in the $300,000 Carter Handicap at Aqueduct, looking to keep on winning: he is 4-for-5 lifetime for jockey Jose Ortiz and Hall of Fame trainer Shug McGaughey, including an allowance score at Gulfstream in his first start as a 4-year-old.

O Besos is another 4-year-old colt and he will be cutting back to a sprint distance for the first time in more than a year in the $300,000 Commonwealth Stakes (G3) at Keeneland for trainer Greg Foley.

Irad Ortiz Jr. will take the reins on O Besos, who prevailed in a January 2 allowance at Fair Grounds before finishing fourth in the Grade 3 Mineshaft Stakes (G3) going 9 furlongs.

O Besos won a pair of sprints at Fair Grounds in December 2020 and January 2021 on his way up the ladder to finishing fifth across the wire in the Kentucky Derby (G1), recently moving up to fourth in the official order of finish with the disqualification of Medina Spirit.

O Besos got in a work over the track at Keeneland last Friday. West Point owns O Besos in partnership with Bernard Racing, Tagg Team Racing and Terry Stephens.