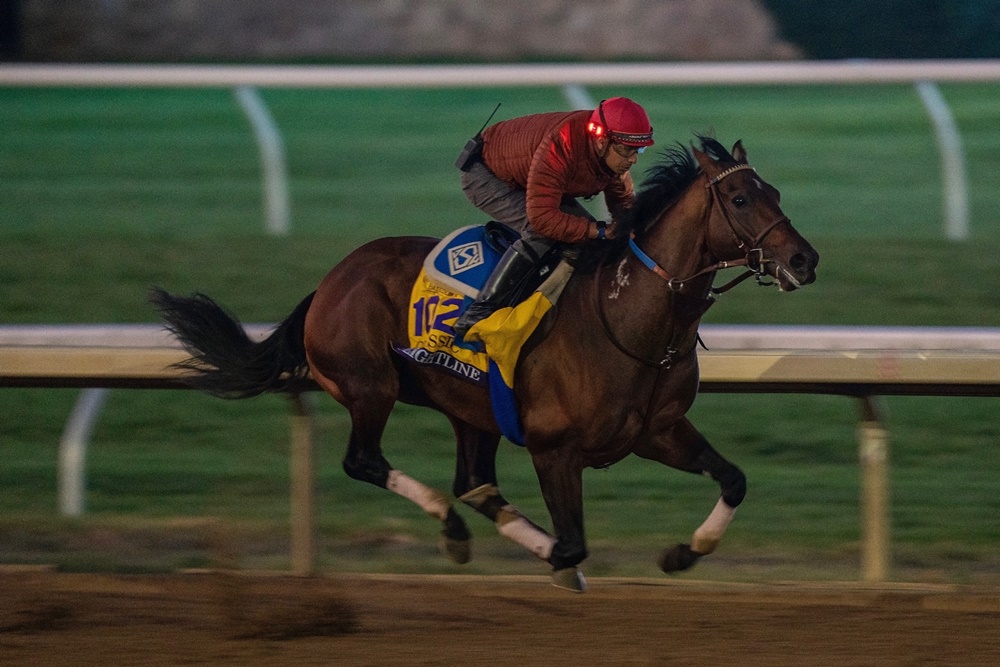 Flightline is sitting on go for his turn in the spotlight Saturday in the $6-million Breeders’ Cup Classic (G1), having completed his serious preparations with a sparkling five-furlong move this morning over the track at Keeneland.

By 7:30 a.m. several hundred people were in the stands or along the rail and the colt did not disappoint, gliding through the stretch under assistant trainer and exercise rider Juan Leyva. He covered five furlongs in 1:00.59.

Flightline will be officially entered on Monday morning and is expected to face seven rivals in the Classic, which will be run at 5:40 ET late Saturday afternoon and air live on NBC.

“He was strong but not a run off, I was really happy with it,” Juan said.

Trainer John Sadler said, “We just wanted him to look happy around the track and get one work over it. We were looking to get him good and settled this week, that’s why we came a little early. It’s gone very well.”