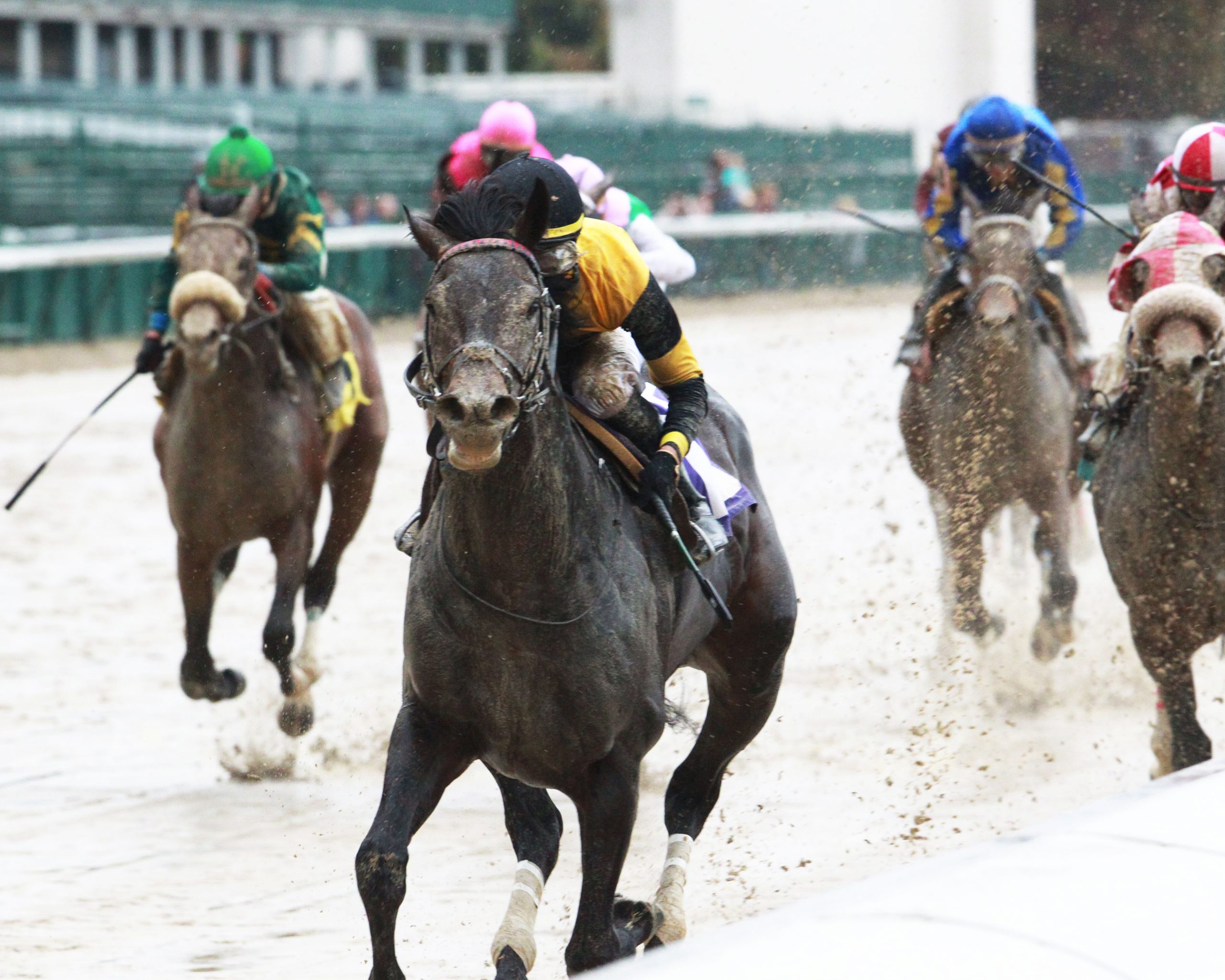 Flying the Flag will make his stakes debut on Friday in the Grade 3 Pimlico Special, a historic race with a new look and wide-open cast shooting for a purse of $300,000.

The Pimlico Special at times has been one of the premier races in the country, dating back to the 1930s and ’40s when its early winners included Triple Crown winners War Admiral, Whirlaway, Assault and Citation, as well as the great Seabiscuit, who upstaged War Admiral in the famous second edition, a match race that was depicted in the movie Seabiscuit. More recently, the Pimlico Special has been a launch pad for Criminal Type, Mineshaft and Invasor in their Horse of the Year campaigns, but it was shelved for a few years and has returned with a nice purse but a lesser position in an older male division that has been beefed up with the additions of the Pegasus World Cup and Charles Town Classic.

Last year, Flying the Flag’s trainer, Graham Motion, captured the Pimlico Special for the first time with Irish War Cry. The traditional distance has been a mile and three-sixteenths, mirroring the Preakness Stakes, but this year Pimlico lengthened the Special by a sixteenth of a mile to try to bolster field size.

“I think horsemen will want to try their horses at ten furlongs to see if they can handle it,” new Maryland Jockey Club racing secretary Craig Merz told The Racing Biz a few weeks ago in explaining the switch. “I think you’re going to get a lot of up-and-coming horses to come.”

That concept and prediction sure seems to have been accurate, as the entry box overflowed with 16 horses, two more than the starting limit, and Flying the Flag fits the profile to a T: an up-and-coming horse trying the classic distance for the first time. The 4-year-old son of Malibu Moon owns two wins and three second-place finishes in six career starts, including a tough beat by a nose last time out in a mile allowance at Laurel. Jockey Jorge Vargas Jr., an up-and-comer in his own right, retains the mount and will navigate from post three. Post time is 4:14 p.m. Eastern and the race will be shown on the NBC Sports Network during a broadcast from 3-5 p.m. Eastern.

“I just feel like it’s a good time to take a shot. I don’t know about the mile and a quarter, but I have every reason to think he’ll handle it,” Motion told the MJC Press Office. “It’s a very competitive group but I think everyone is taking a bit of a stab.

“He looks well and physically he’s done well. He got very sick as a 2-year-old, that’s why it took him so long to get to the races. But I don’t see any repercussions from that. I feel like he’s doing well,” Motion added. “I know he’s going to be a bit of a price, but I feel like the timing’s right to take a shot.”

Rally Cry, fourth in the Charles Town Classic in his most recent start and Grade 1-placed in the 2017 Woodward Stakes behind Horse of the Year Gun Runner, is the tepid 9-to-2 favorite.