West Point Thoroughbreds’ grade one winner Awesome Gem is the newest resident at Old Friends Equine in Georgetown, Kentucky. We’re very thankful to Michael Blowen and his team for welcoming such a special horse into their program.

Following his retirement, Awesome Gem began retraining for a second career in California. A true racehorse at heart, the gelding proved to be a little too feisty, and it was decided to let him live out his days with his pasture mates.

The son of Awesome Again has a way with the ladies. One of his best friends during his time in California was a cow named Daisy. 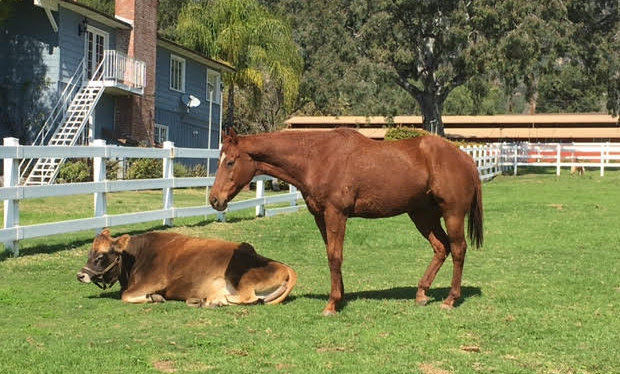 Shortly before shipping to Old Friends, the mare he was turned out with foaled during the night, and Gem immediately took mom and baby under his wing. 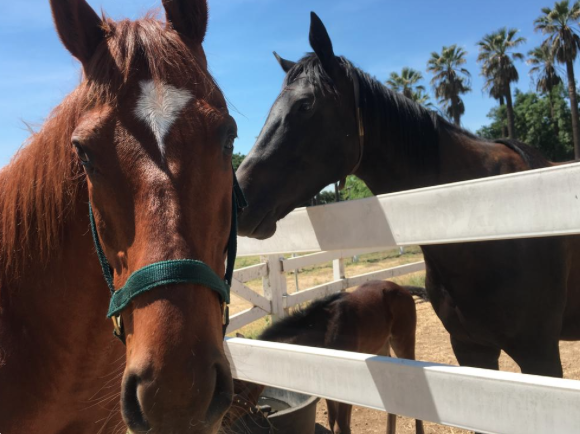 “Thank you to Leigh Gray and the Dollase family for taking great care of Awesome Gem over the past 4+ years since his retirement from racing,” said West Point president Terry Finley. “He’s truly a special horse who has such a wonderful personality. Racing at the highest levels of the sport for six years isn’t something you see often. I can’t wait to go visit him at his new home in Kentucky.”