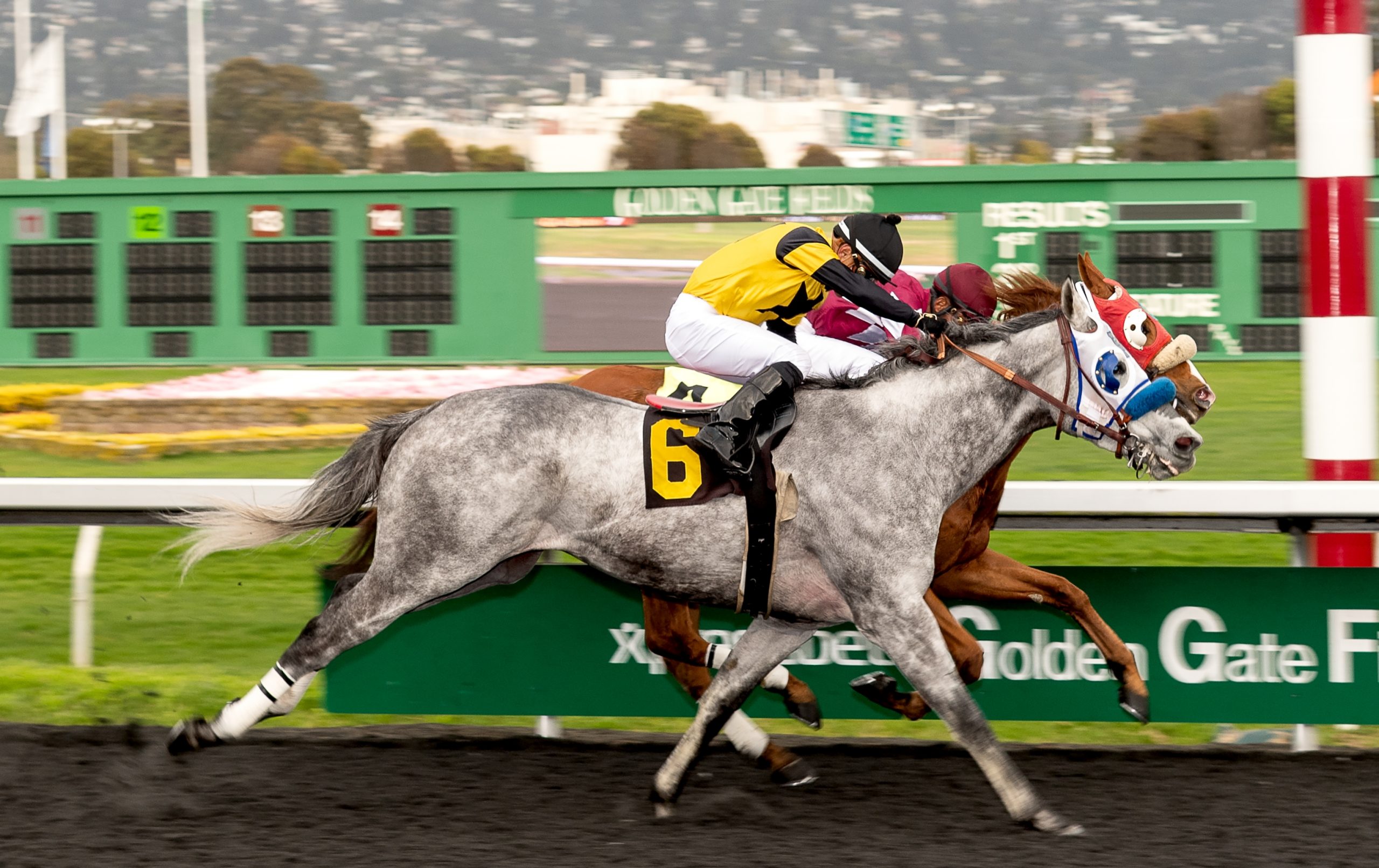 Trainer Jerry Hollendorfer sensed an opportunity for a breakthrough and a nice confidence boost for Getaloadofthis at Golden Gate Fields on Sunday and the three-year-old gelding came through with a maiden score underneath jockey Abel Cedillo, catching favored Bill’s Happy Hour on the wire for a rare dead heat victory.

West Point and Hollendorfer were following a path that has boosted several horses for them in the past. Just in the last year, Mr. Twinery has piled up eight wins at Golden Gate after previously racing in Southern California. Several years ago, Street Surrender shipped north and won four allowance races at Golden Gate before returning to Southern California and becoming a stakes winner.

Getaloadofthis could target a starter allowance race up north for Hollendorfer, who co-owns the son of Graydar.