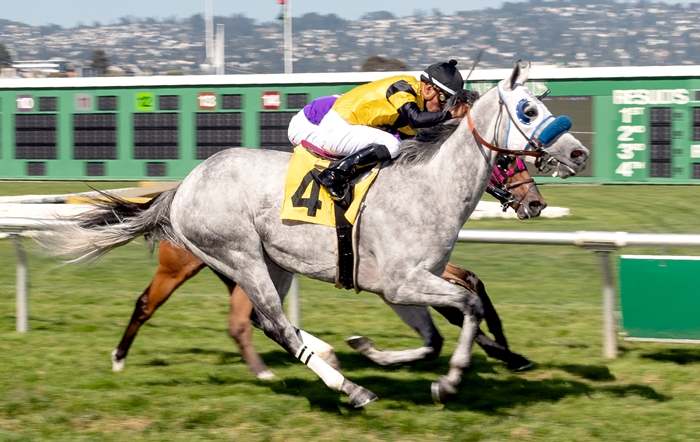 The gray gelding Getaloadofthis continued to enjoy the elements in Northern California, where he picked up his second win on May 31 for trainer and co-owner Jerry Hollendorfer.

Getaloadofthis has finished in the top three in all five of his races “up north” at Golden Gate Fields, after shifting from Southern California in early March. He won his local debut on March 3 and the confidence boost that came with it has obviously done wonders for the four-year-old son of Graydar. He registered a career-best 76 Beyer on Saturday in the 11th race of his career.

Abel Cedillo guided Getaloadofthis through an ideal stalk and pounce trip in the 5-furlong grass sprint. Getaloadofthis took command going past the eighth pole and held off a stubborn foe, Consensus, in the final yards to prevail by a neck at nearly 5-to-1 odds.